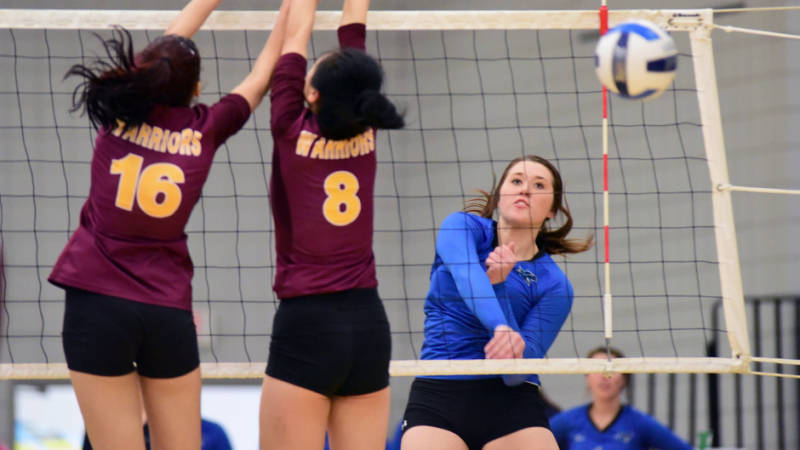 Following two seasons with Iowa Western Community College, to be junior outside hitter Abby Bergsten will transfer on to the... Current Photo via Omaha Athletics

Following two seasons with Iowa Western Community College, to be junior outside hitter Abby Bergsten will transfer on to the University of Nebraska at Omaha for the 2017 season.

In her time with IWCC, Bergsten was a two-time ICCAC All-Region selection and an NJCAA All-Tournament Team Member. In the 2016 season, Bergsten helped the Reivers to a national runner-up finish. IWCC achieved a #1 national ranking while Bergsten was a part of the team, winning a district title and went a combined 17-13.

As a sophomore, Bergsten ranked 10th nationally with a .364 hitting percentage and ranked second on the IWCC team with 3.43 kills per set. Additionally, Bergsten ranked fifth all-time in kills with IWCC in her two seasons with the team.

At IWCC, Bergsten graduated with her associate’s degree in biological sciences and plans to major in pre-dentistry at Omaha.

In her prep days, Bergsten played for Lewis Central High School where she was a four-year letter winner. In her senior season, she was named to the First Team All-State and All-District teams. She also picked up three straight First Team All-Conference and All-City honors, while also being a four-time state medalist for the school’s tennis team. Bergsten also capped off her career with the Titans by reaching the 1,000 career kill mark.

Last season, Omaha finished the year with an 8-21 record as a member of the Summit League. Bergsten could make an immediate impact for the team. The Mavericks will have a tough test this coming season, though in that they will face a number of top teams in the country, including Nebraska at home on September 16. Bergsten will pick up a full-ride scholarship with the team in the spring of 2018.