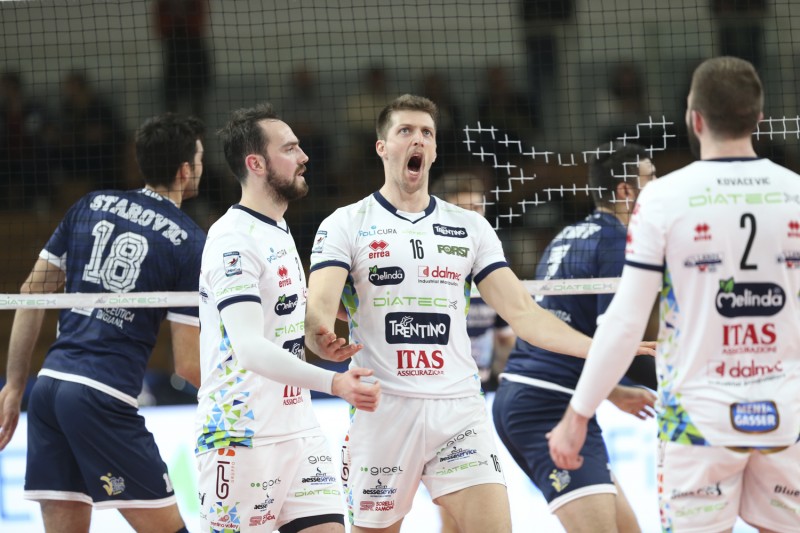 Diatec Trentino got themselves back on track this week with a five-set comeback win over Top Volley Latina in front of their home crowd.  Current Photo via legavolley.it

Diatec Trentino got themselves back on track this week with a five-set comeback win over Top Volley Latina in front of their home crowd. Azimut Modena also fought through a tough five-set battle in their regular match-up against Revivre Milano.

It was a week of away wins, as four teams picked up wins on the road, including top-of-the-league Sir Safety Conad Perugia over Vibo Valentia.

Cucine Lube Civitanova caught up on their matches this week with a five-set battle against Wixo LPR Piacenza.

Despite a loss to Azimut Modena, Nimir Abdel-Aziz was the top-performer of the week with 30 points on 24 kills along with five aces and one block. Earvin Ngapeth was the leading scorer for Azimut Modena with 14 points while Giulio Sabbi and Maarten Van Garderen added another 15 and 12 points, repectively.