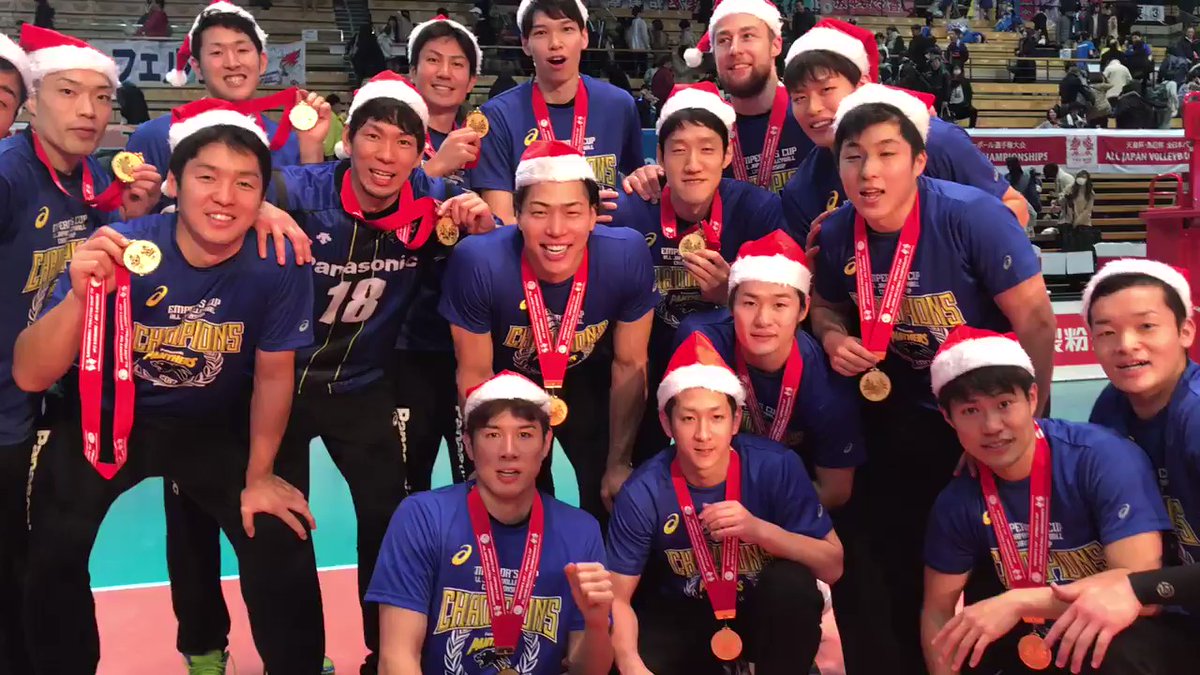 The calendar year of 2017 for Japanese men’s volleyball ends with the Emperor’s Cup. One December 23rd, the semifinals were... Current Photo via Panasonic Panthers

The calendar year of 2017 for Japanese men’s volleyball ends with the Emperor’s Cup. One December 23rd, the semifinals were played at Tokyo’s Ota Ward Gymnasium.

The men’s semifinals were Toray Arrows vs. Panasonic Panthers and JTEKT Stings vs. Toyota Gosei Trefuerza.

V.League leading Panasonic were pushed to five sets by the Arrows, when Toray took the fourth set in extra points 27-25. The fifth set was incredibly close and also went to extra points, which Panasonic won 19-17 and the match 3-2. Kunihiro Shimizu had 30 (29k, 1a) for the Panthers, while Canadian Gavin Schmitt had 35 (29k, 4b, 1a) for Toray. Toray dominated in blocking with 16 blocks to Panasonic’s 7. However, service errors (25 to 14) and hitting errors (10-2) by the Arrows lead were factors in Panasonic’s win. Haku Ri and Takaaki Tomimatsu each had 5 blocks for Toray in the loss.

In the other men’s semifinal, Toyota Gosei Trefuerza prevailed in a tight four set match over JTEKT. Bulgarian Matey Kaziyski for JTEKT was really the only offense and defense for the Stings with 30 (23k, 4b, 3a). None of his teammates reach double figures. Croatian Igor Omrcen came back from a lengthy calf injury to provide 25 (23k, 2b) and his teammate Takuya Takamatsu also had 25 in the win for Toyota Gosei. Trefuerza middle blocker Ryota Denda had 13 (7k, 3b, 3a) to add additional support.

In the final played on December 24th, Toyota Gosei took the first set from the Panthers 25-22. After that Panasonic kept Trefuerza at bay, but a tight fourth set made them sweat. Panasonic won the fourth 25-23 to win the match 3-1 and win the Emperor’s Cup for the fourth time, and the first since 2012. Igor Omrecen led the scoring the match with 32 (30k, 2a), but he did not get much help with Denda being the only other Trefuerza player in double figures with 11 (7k, 4b). Shimizu had 27 (19k, 5b, 3a) for Panasonic in the win. However, Panasonic dominated in blocking and serving to win the match.