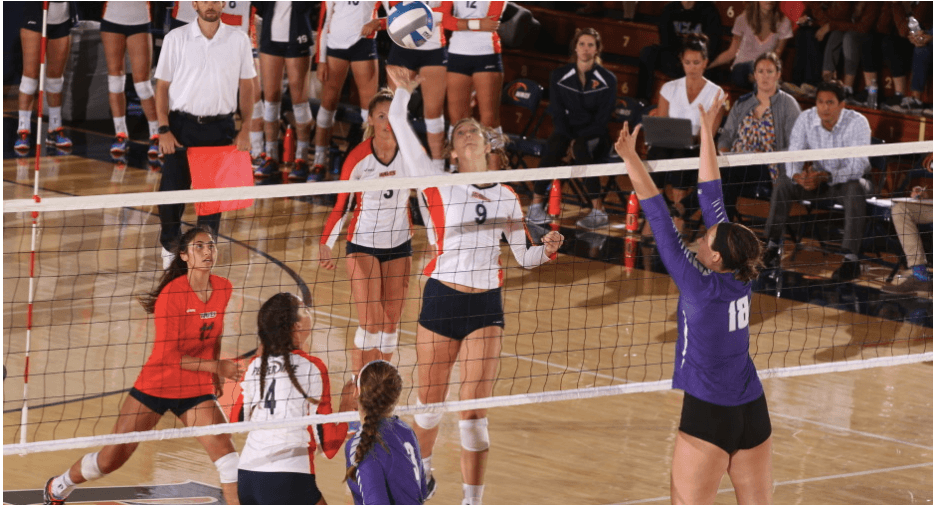 SAN BRUNO, Calif. – The West Coast Conference has named its Volleyball Player of the Week for October 31, 2016. WEST... Current Photo via Pepperdine Athletics

SAN BRUNO, Calif. – The West Coast Conference has named its Volleyball Player of the Week for October 31, 2016.

WEST COAST CONFERENCE PLAYER OF THE WEEK – JASMINE GROSS, FR., MB – PEPPERDINE
Freshman middle blocker Jasmine Gross had a stellar week for the Waves, breaking the all-time Pepperdine single-match blocks record with 15 to propel the team to a reverse-sweep over Pacific at home.  First, she led the Waves to a straight-set win over Saint Mary’s on Thursday before excelling on the court in the five-set triumph over the Tigers.

For the weekend, Gross averaged 4.69 points per set throughout eight sets played, amassing 3.00 blocks, 2.88 kills and 0.75 digs in the all-around effort. She tabbed a commanding .383 hitting percentage after smashing down 23 kills with only five errors on 47 swings from the middle, while adding 24 total blocks including one solo, two aces and six digs for 37.5 points.

In the Saint Mary’s sweep, Gross picked up nine block assists and added eight kills on a .500 hitting percentage (8-1-14) and an ace.  Then against Pacific, the freshman surpassed the Pepperdine record for most blocks in a single match with 15, including 14 block assists and one solo. The previous record was 13 and was held by Waves’ current volunteer assistant Lyndsay Weisenberg (Haché). She also collected her first career double-double with 15 kills on a .333 success rate (15-4-23) on top of her 15 blocks, and added six digs and an ace.