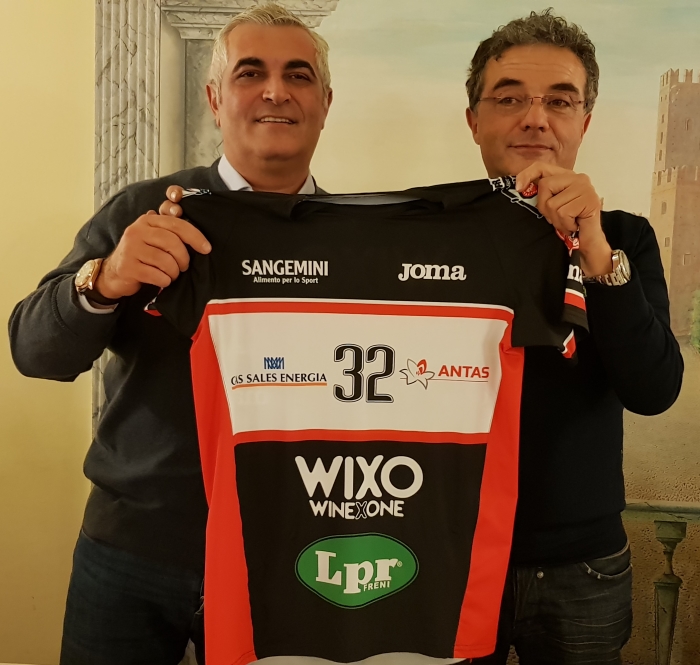 Italian men’s professional club team, Wixo LPR Piacenza had played the majority of their matches this season with a very... Current Photo via Volley Piacenza

Italian men’s professional club team, Wixo LPR Piacenza had played the majority of their matches this season with a very simplistic red jersey with with sponsors logo in white. Only the logo of LPR Brakes was in a different color. 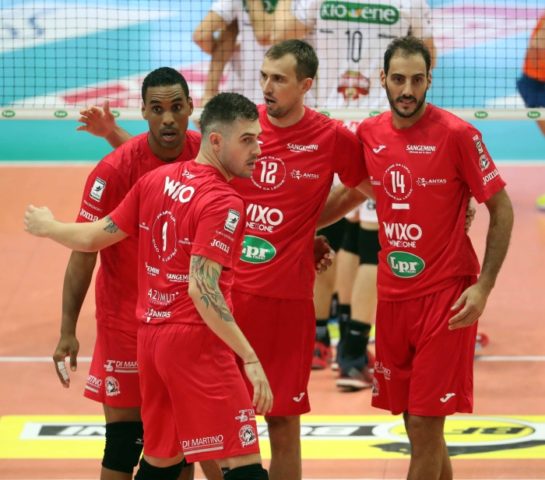 This design was very clean, other than the LPR logo. From all of the photos that I could find on the Italian Lega Pallavolo Serie A men’s website, I could only find a couple of photos on their black jerseys, both only from the back from a match against Azimut Modena. 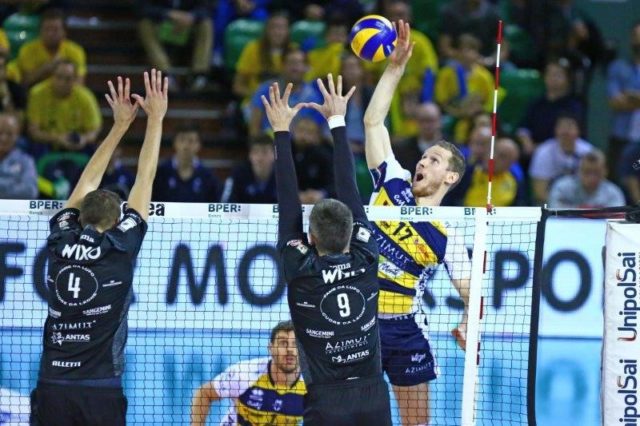 This black jersey is basically a mirror image of the red jersey. Very clean and simple.

However on December 19th, Piacenza announced that they worked with their jersey supplier Joma on a new design for their road uniform, shown at the top of the page. The new design gets rid of the white circle with the number inside of it, and replaces it with a white chest panel with black numbers. The chest panel is outlined with reddish-orange lines. Those same colors are also on the side panels of the jersey and the edges of the sleeves. Two team sponsors Gas Sales Energia and Antas are situated to the left and right of the number respectively. Joma’s and Sangemini’s logo positions are swapped on the new black jersey.

In my opinion, the new design does a better job of showing the secondary sponsors compared to the previous black jersey. Compared to some of the other teams in the Italian league, Piacenza’s jersey is not as graphically enhanced with designs, but the simplicity makes it stand out.