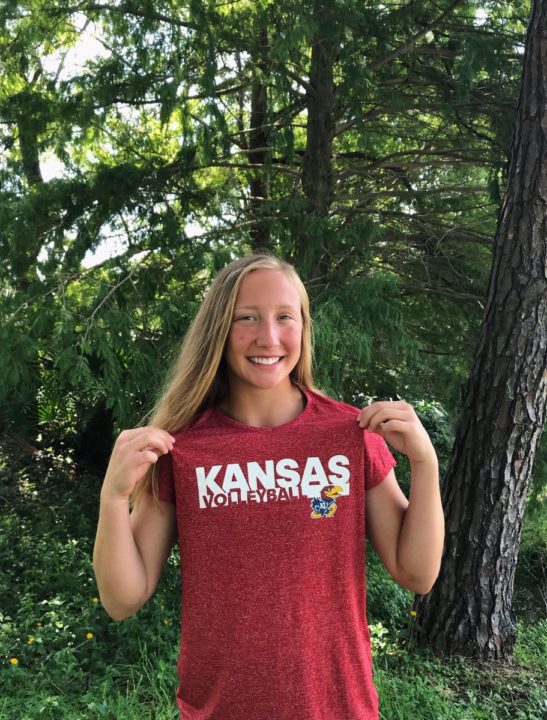 Class of 2020 S/DS Molly Schultz has verbally committed to the University of Kansas. Archive Photo via Minnesota Select Volleyball (@MNSelect)

Class of 2020 recruit Molly Schultz has verbally committed to the University of Kansas women’s volleyball program. A 5’6″ setter for both high school and club, it’s possible that Schultz remains an undersized setter or could transition to a defensive specialist role as well once she arrives for her freshman season in the fall of 2020.

On the club circuit, Schultz plays with Minnesota Select Volleyball, most recently the 16-1 team. She also competes in the sand and went 8-1 with a fifth place finish at the 16U USA Junior National Beach Championships. Schultz’s Hudl page with video highlights of her play can be seen here.

It’s not the first class of 2020 commitment for Kansas that has been registered in the VolleyMob Recruiting Database either. Schultz will now join outside hitter Karli Schmidt as part of the same recruiting class.

Congratulations to Molly Schultz (16-1) on her verbal commitment to play volleyball at Kansas University! pic.twitter.com/sPqEc6lKwB