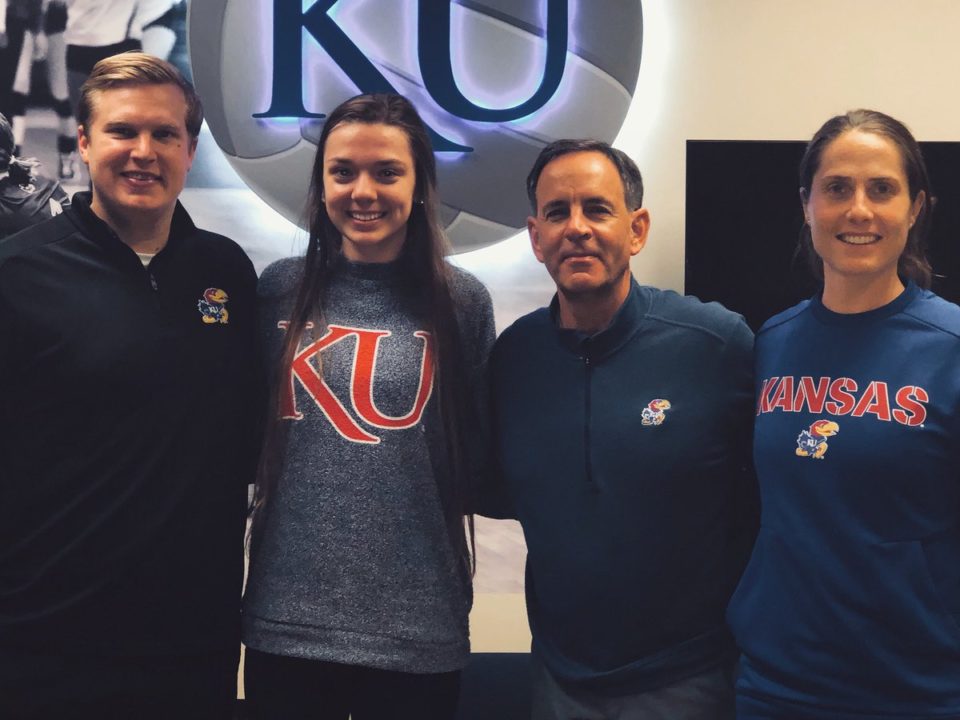 Class of 2020 outside hitter Karli Schmidt has committed to the University of Kansas. Archive Photo via KC Power Volleyball (@kcpowervb)

Prep recruit Karli Schmidt has committed to the University of Kansas as part of the class of 2020. A six-foot tall, sophomore outside hitter, Schmidt is an in-state recruit as she comes from Lansing, Kansas.

A second-year varsity player at Lansing High School, Schmidt arrived ready to play as a freshman in 2016-17 and notched over 400 kills on just under five per set. Her numbers were strong again in year two as she earned 2017 KVA Class 5A All-State First-Team honors.

On the club side of things, Schmidt plays with KC Power Volleyball – specifically the KC Power 16 team. In fact, she’s actually on the same team as Ellie Bolton, who recently just committed to Creighton.

Kansas is coming off of a 22-8 season in which they went 11-5 in a third-place Big 12 finish and made the NCAA Tournament. The 2018 Jayhawks will feature four outside hitters currently on their roster with two juniors who would be set to graduate by the time Schmidt arrives.