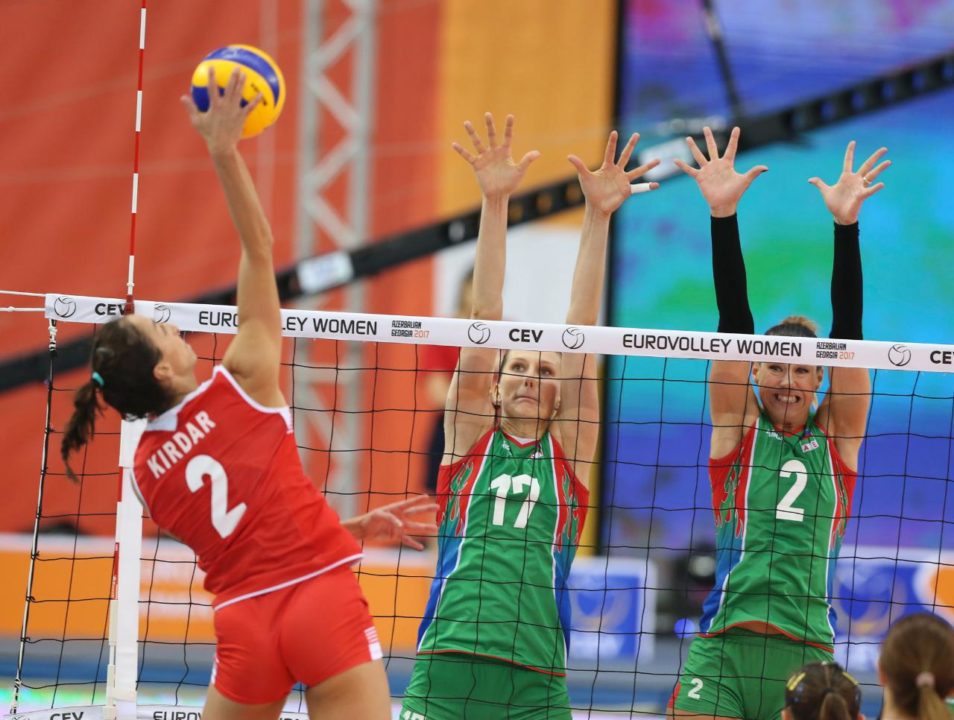 The Turkish team received some bad news, but expected, that their two leading scorers - Gozde Kirdar and Neriman Ozsoy are retiring from the Turkish National Team. Current Photo via Turkey

The Turkish team received some bad news, but expected, that their two leading scorers – Gozde Kirdar and Neriman Ozsoy are retiring from the Turkish National Team.

The news came out following the teams bronze medal finish at the 2017 CEV European Women’s Championships. Kirdar has been apart of the Turkish National Team since 2003 while Ozsoy joined the squad in 2008.

At the European Championships, the Turkish team made a tremendous comeback from their pool play woes. The team started the competition off with two losses, to Russia and Bulgaria but then made their way into the playoff stage with a win over the Ukraine. In the playoffs, the team faced a fiesty and youthful Polish squad, to which they won in four sets.

The quarterfinals of the competition brought the Turkish team back to playing Russia once again, but this time the outcome was much different. Turkey took the Russians by storm, defeating them in three sets. This, though, brought them to a tough Serbian squad in the semifinals, to which they were swept. The hosts, Azerbaijan, lost to the Netherlands in the semifinals to set up the bronze medal match.

With it being their last National Team match, both Ozsoy and Kirdar showed up for the Turkish team, leading the scoring with 23 and 22 points, respectively. Ozsoy was Turkey’s leading scorer throughout the finals with 101 points in seven matches while Kirdar added another 71 points for Turkey.

While they are retiring from the National Team, both players will continue their club careers, with Ozsoy in the Asian league and Kirdar in VakifBank. The team’s season will be beginning shortly.