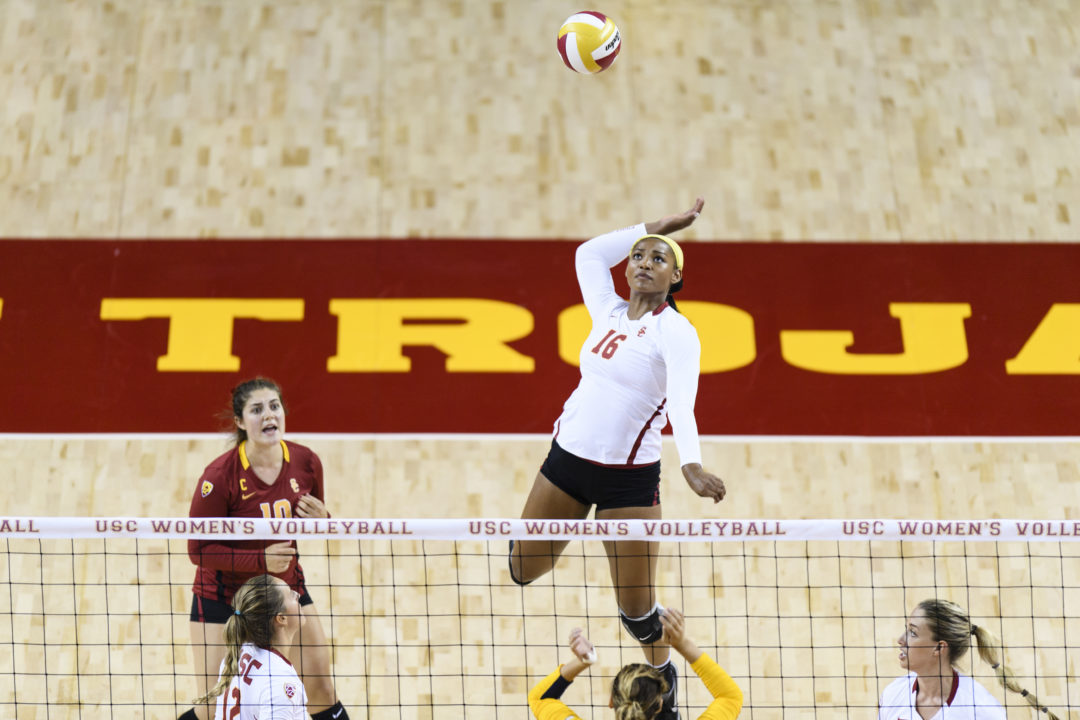 After both teams earned victories over top 25 opponents to open up their 2018 Pac-12 campaign, #10 USC got by (RV) Colorado in five sets for the encore. It was the second straight five-set match for Colorado, who loses for the first time with Naghede Abu in the lineup.

After the two teams split the first four games, things were all tied 5-5 in the fifth. That is when USC used a 5-0 run to gain separation and never look back en route to their eighth win over a team either ranked or on the cusp in the VolleyMob Top 25 Power Rankings at the time of play.

Pin play has been a strength for USC so far this season, and that continued in this one. Khalia Lanier (.172) wasn’t super efficient, but considering 58 swings and what her counterparts did, carrying the load for 21 kills was impressive. She also added 9 digs and a pair of aces. Joining her on the pins were Brooke Botkin (19 kills, .361, 7 digs) and Emily Baptista (9 kills, .222, 4 blocks).

All of that opened up the middle even more for Jasmine Gross, who continues to impress and got the most swings (26) she’s ever had as a Trojan. She racked up 17 kills on a whopping .615 mark to go with 4 blocks and 2 aces.

With the first week of Pac-12 play in the books, USC will now stay on the road twice this week for meetings at #2 Stanford and at California. Colorado travels as well, but more North as they will face road matches against #14 Washington and #21 Washington State.