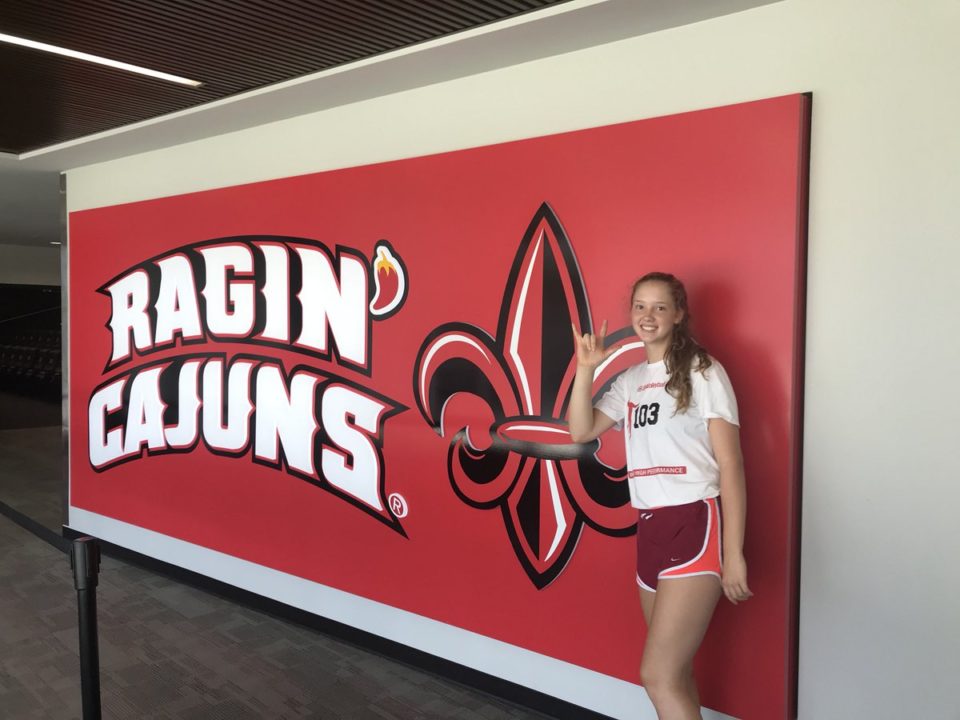 On the club circuit, Gates plays with Club North Volleyball as a setter and pin-player. She owns a 7’7″ standing reach, a 9’1.5″ block touch, a 9’3″ standing jump and a 9’6″ approach jump. Her club profile can be seen here, which notes some of the team’s victories and awards that she has been a part of. Video of her play as both setter and attacker can be seen below via YouTube:

Louisiana is coming off of a 21-11 finish in 2017 in which they went 13-3 as a member of the Sun Belt Conference, good for a second-place ending in the West Division.

Congratulations to Junior Taylor Gates on her verbal commitment to attend the University of Louisiana-Lafayette to play volleyball for the Rajin’ Cajuns! #eaglepride ❤️🌶🏐 pic.twitter.com/poiCRI3JKQ