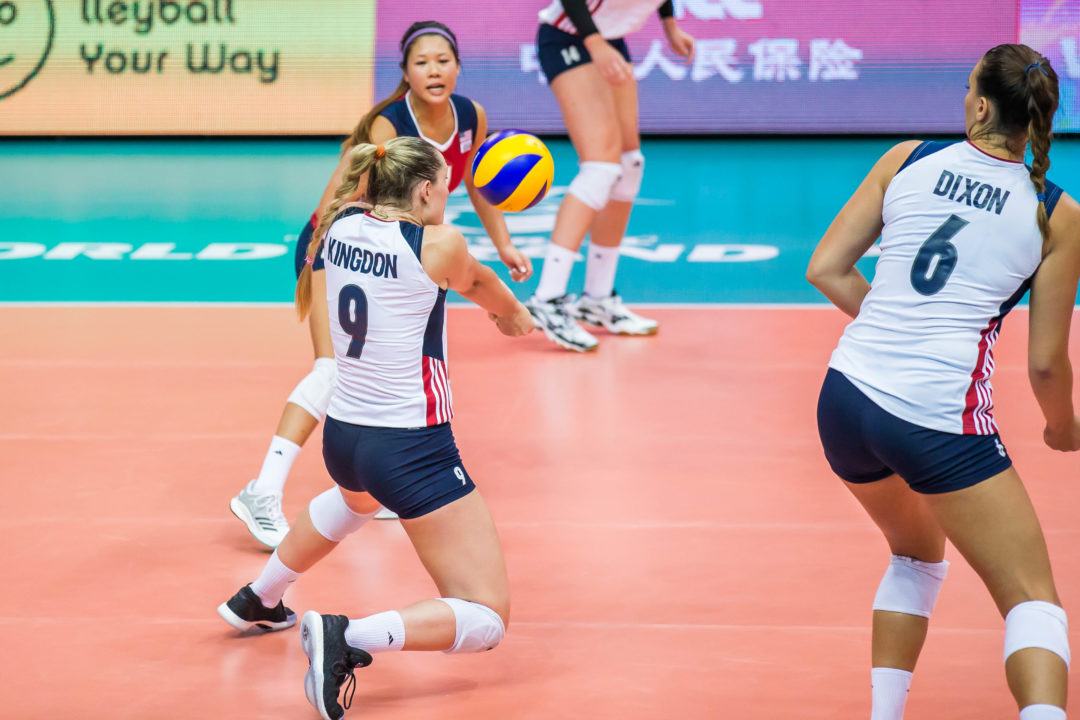 American Madison Kingdon was just one point away from tying a world point record in IBK Altos win over Suwon Hyundai Hillstate this week. Current Photo via FIVB

American Madison Kingdon was just one point away from tying a world point record in IBK Altos win over Suwon Hyundai Hillstate this week. Kingdon produced a match-best 57 points in the teams win with the world record being 58 points set by Azerbaijan’s Polina Rahimova who set the record in December 2015 with Toyota Queenseis.

Kingdon’s point breakdown comes down to 52 kills, one ace and four blocks in the match along with 22 digs to produce an impressive double-double. The next closest attacking effort on the team came from Kim Hee-jin with 13 kills along with 17 digs.

The Korean league seems to be the place to play if you want to break a point-scoring record or come close as most times that a player has achieved a high number of points has come in this league. Aside from Rahimova who holds the record after doing so in the Japanese league the first time, she also posted 53 points in the Korean League, Elitsa Vasileva who previously held the record did so in a Korean League match with 57 points while Nicole Fawcett posted 55 points did so as well.

Top-6 Scorers In the World