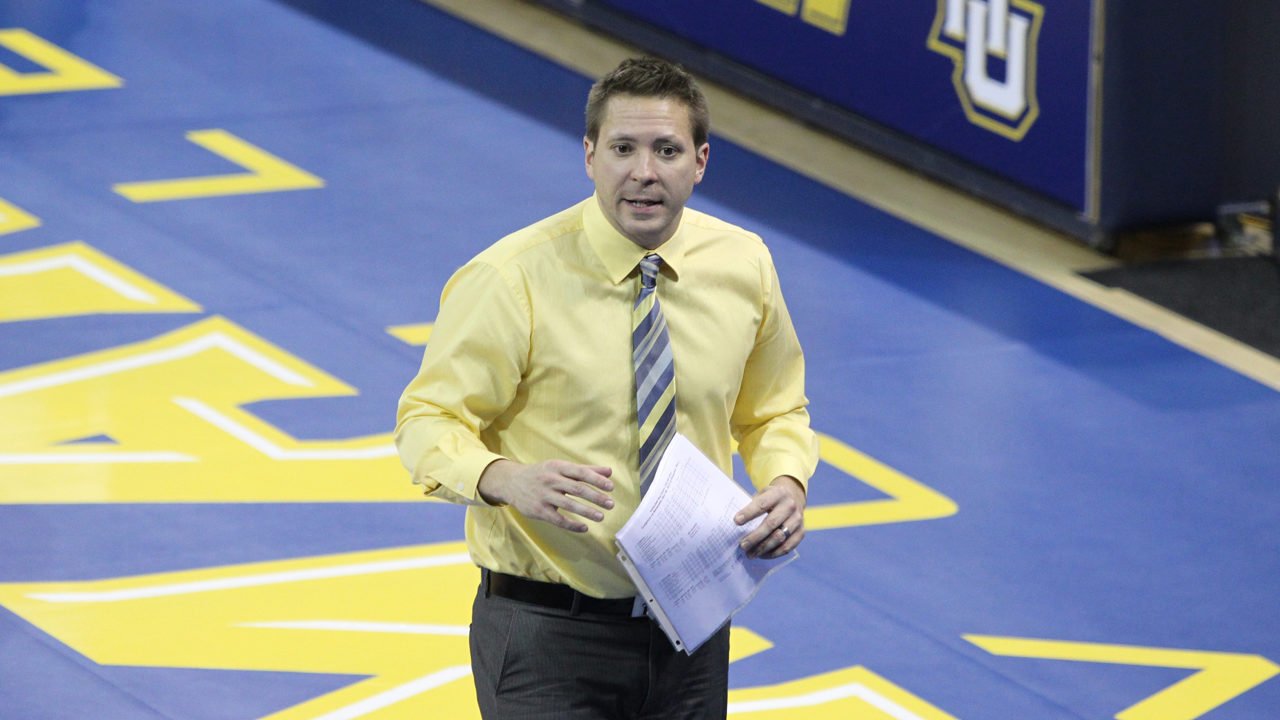 Head coach Ryan Theis earned his 100th victory at Marquette on Saturday night. The Golden Eagles swept their way past Illinois State to reach the milestone.

In his 5th season at the helm of the Marquette program, Theis has guided the Golden Eagles to a 100-69 (.699) mark. He is ranked second all-time in win percentage, behind current Iowa volleyball head coach Bond Shymansky (.724), and fourth in overall victories at Marquette.

Congratulations to head coach Ryan Theis on earning his 100th career win at Marquette! #muvb is excited for you! pic.twitter.com/CoNtIqPPaL

In his 11-year career, Theis has amassed a 244-97 (.716) record. He previously held head coaching positions at Milwaukee (his alma mater) and Ohio.

Theis has extended Marquette’s postseason streak to 7-straight years with 3 NCAA First Round results (2014, 2016, 2017) and 1 NCAA Second Round appearance (2015). He has mentored the Golden Eagles to 20-win seasons in all 4 seasons as their leader.

In 2017, Theis and his staff earned Big East Coaching Staff of the Year accolades after helping Marquette to 22 wins and a 15-3 mark in conference play. Allie Barber and Hope Werch were named Big East Player of the Year and Big East Freshman of the Year, respectively.

In 2018, Marquette is off to a strong start at 9-3. The Golden Eagles, which are ranked 17th according to VolleyMob, begin Big East action on Friday at Providence. VolleyMob projected Marquette, in addition to Creighton, as Big East favorites.