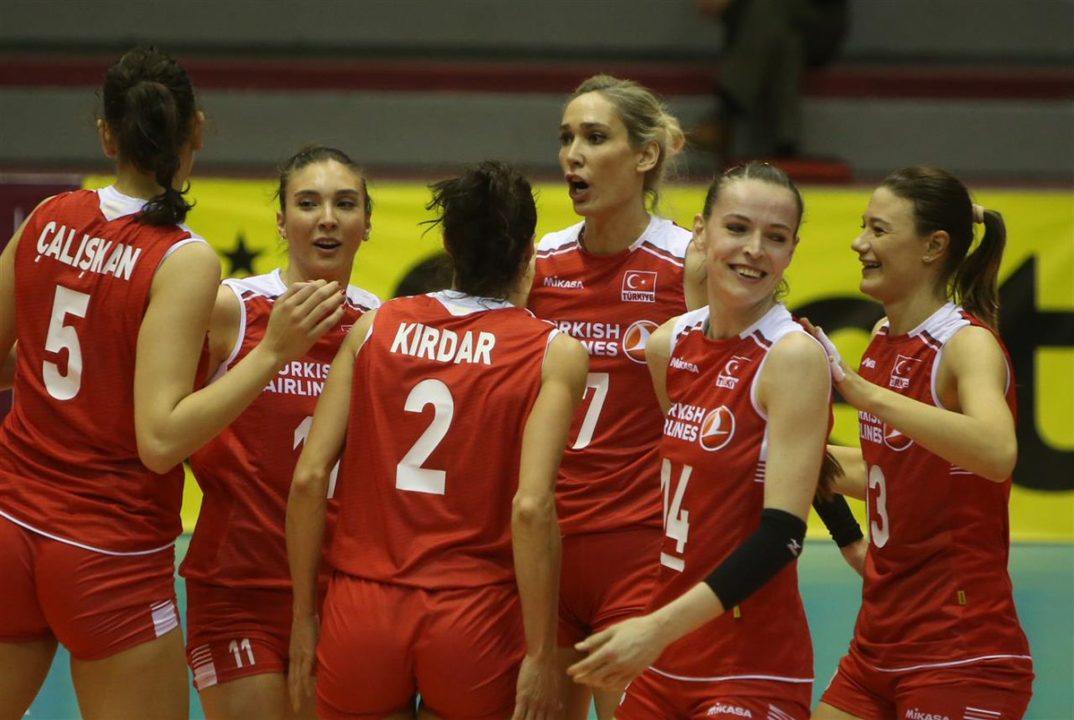 Turkey took down France to win Bronze while two other placement matches occurred on the second to last day of the Mediterranean Games. Archive Photo via FIVB

The Mediterranean Games, a collection of nations to compete in a myriad of sports including volleyball, is starting in 2018 as opposed to its normal four-year cycle of 2009, 2013, 2017 after the host needed to push it back a tad. For women’s volleyball, pool play has now come to a close as we head to the placement matches to determine the final order.

In total, there were four different pools, each consisting of a trio of teams. Following a quick round-robin, the lowest ranked team in each pool was eliminated with the top two moving on to the quarterfinals. After that, we moved on to the semifinals for both the winners bracket and the 5th-8th place classification with the placement matches today and the championships tomorrow.\

France may have edged out Turkey in the opening set, but the Turkish side would go on to win the next three for quite the day in the country – earlier the top team from the nation upended Brazil to reach the Volleyball Nations League Final. In this case, the ‘B’ team for Turkey collects a Bronze medal while France winds up in fourth.

The block favored France 13-9, but the attack was still to Turkey (52-41 in kills) along with a dominant serve (11-7 in aces) that led to four more French errors. Individually, France had four players in double-digits – led by Helena Cazaute (12 points) and Juliette Fidon (12 points) – while Turkey collected a foursome of scorers in double figures with the match’s top player in Tugba Sengolu (23 points).

With a top five finish on the line, Italy slid by Spain in front of a home crowd. The opening game wasn’t a great representation for how tight the match was, as in games two through four Italy only outscored Spain 77-76. Spain was the more prominent offense with 10 more kills (59-49) and had one more ace (7-6), but Italy was more efficient with 12 less errors and six more blocks (10-4). Leading the way for Italy was the trio of Alice Carlotta Degradi (18 points), Camilla Mingardi (17 points) and Anna Nicoletti (15 points) who slightly out-did Jessica Rivero (22 points), Ana Escamilla (13 points) and Maria Segura (12 points) for Spain.

Slovenia ended their tournament on a high note after suffering back-to-back losses to enter this match, but it’s something to build on for the future. Neither team was impressive offensively, but in Slovenia’s case they didn’t need to be as they logged more blocks (8-4) and a killer serve (10-4 in aces) that led to five more Portugal errors. Just two players notched double-digit points in Ana Marija Vovk (10 points) for Slovenia and Barbara Gomes (10 points) for Portugal.