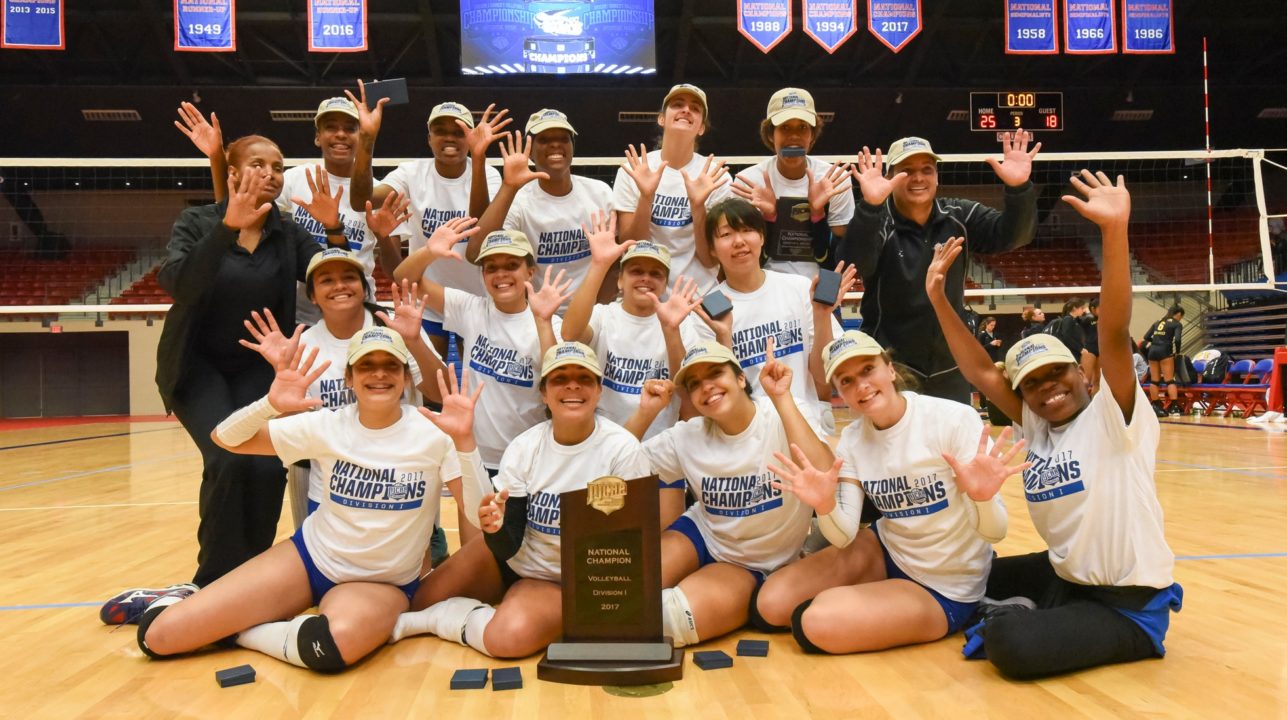 Miami Dade took home the 2017 NJCAA Championship title in a three-set sweep over Southern Idaho while New Mexico Military took the third place position after a five-set fight with Tyler.

Miami Dade came into the tournament as the top-seeded squad and showed off why they deserved that title. They finished the season with a 33-0 record resulting in their second straight national title and sixth in program history.

Sun Wenting led the team with 11 kills and eight digs while Massiel Matos added in another 10 kills and 15 digs for a double-double. Camilla Hernandez picked up 13 digs in the win.

In the bronze medal match, New Mexico Military went up early 2-0 in the match but Tyler fought their way back to force a fifth set. That deciding set was a real back and forth battle that saw New Mexico take the third place slot at 20-18.

Setter Karen Rivera-Herrera led the team with a triple-double of 16 kills, 33 assists and 21 digs in the win. Kim Trauboth added another 15 kills and 17 digs for a double-double while two other players recorded double-digit kills – McKayla Landreth (13) and Hannah Davis (12). In the back row, Karime Raygoza picked up 21 digs while Mirna Kovacevic added 11 digs.