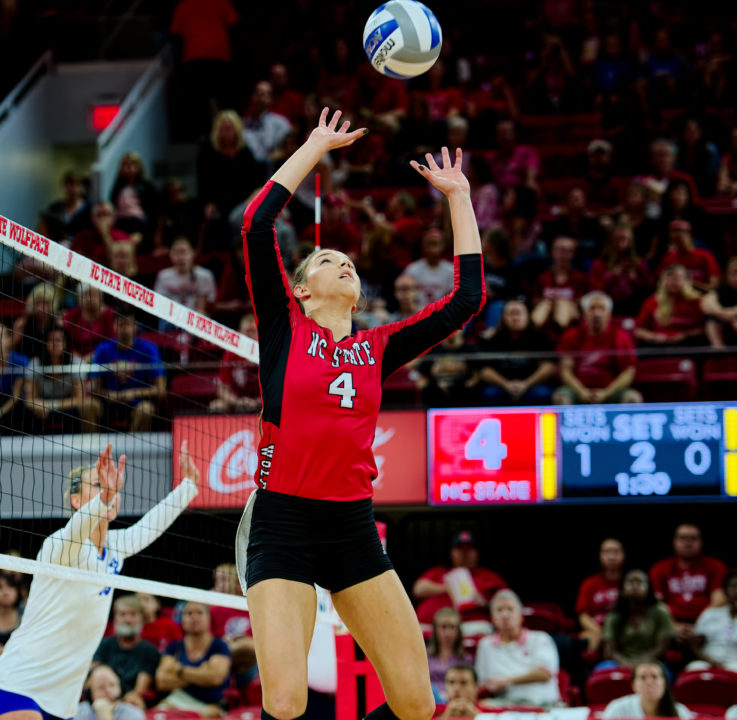 Co-Players of the Week

Pickrell was a strong contender in NC State’s win over Florida State. In the match, Pickrell set a program rally-scoring era record with 70 assists in the five-set win. Additionally, the 70 assists are the most by any ACC player this season and third-most by any NCAA Division I player.

Over the Seminoles two matches of the week, Knuth slammed down 22 kills on a .588 hitting percentage while adding 10 blocks and five digs.

In the Seminoles sweep over North Carolina, Knuth put down nine kills on a .750 hitting clip while adding four digs and three blocks, two of which were solo. In Florida State’s loss to NC State, Knuth produced 13 kills on a .500 hitting percentage along with seven blocks.