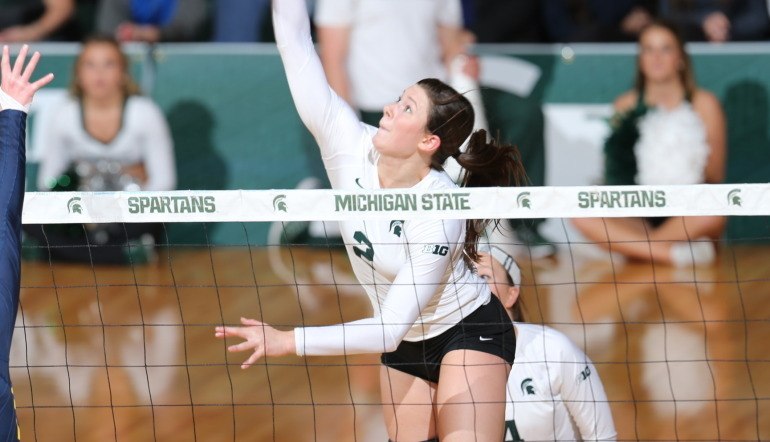 #17 Michigan State has released its schedule for the 2017 season. After being stopped by Arizona in the 2016 NCAA... Archive Photo via Michigan State Athletics

#17 Michigan State has released its schedule for the 2017 season.

After being stopped by Arizona in the 2016 NCAA tournament during the second round, the Spartans will bring back senior standouts Autumn Bailey and Alyssa Garvelink in hopes of a more successful season in 2017.

MSU will look to sweep at three of their four early fall tourneys, as only one will feature a top-25 team. They’re scheduled to play Furman, Georgia Tech, and Auburn at the Hyatt Regency Invitational in Atlanta to kick off their season, then they’ll host SDSU, Marshall, and Texas A&M-Corpus Christi at their home Spartan Invitational.

The Spartans will get a taste of elite competition with a match-up against #12 Florida (as well as American and UNC-Greensboro), before they close tourney competition with the Shamrock Invitational. MSU will battle Notre Dame, Central Michigan, and Southern Illinois in South Bend.

Among the opponents they’ll face twice in Big Ten play are #5 Nebraska, #6 Penn State, #7 Wisconsin, and #16 Michigan. The Spartans were 25-9 overall and 13-7 in B1G play last year, finishing 5th in the conference with their conference season highlighted by a 3-2 win over Minnesota last October.