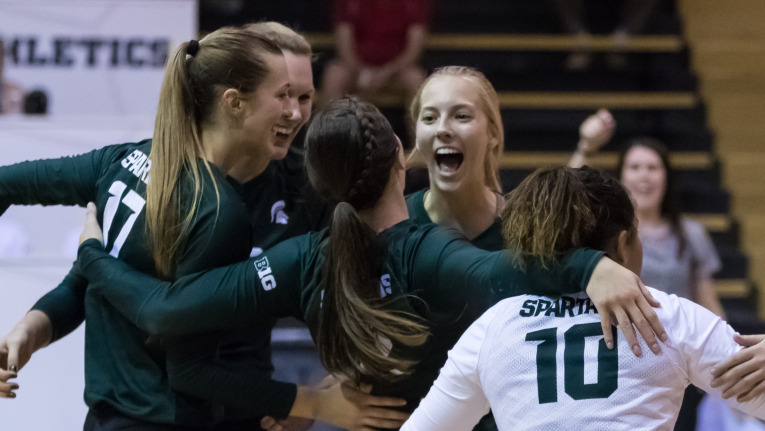 Michigan State rose from 18 to 13 in the latest RPI that didn't feature a whole lot of change from last Monday's version. Archive Photo via Michigan State Athletics

An undefeated week of action pushed Michigan State (13) up five spots from 18th in last week’s RPI to this Monday’s edition, as they represented a change in a poll that didn’t oversee a ton of differences over this past week.

Besides the Spartans, a fellow pair of Big Ten school sit atop the ratings, as Penn State continues to hold down number one with Minnesota on their tail at the second spot.

Florida (3) and Kentucky (4) both stayed in the top five from last week to this week, although the Wildcats moved up a spot. Nebraska (5) rounds out the top five as they switched spots with Texas (6) over the course of the week. Then comes Stanford (7) to start the flurry of Pac-12 schools, with another Big Ten (Wisconsin at 8) and Big 12 (Kansas at 11) school in the west coast bunch.

The entirety of the NCAA RPI can be seen here, while the top 50 can be viewed below: