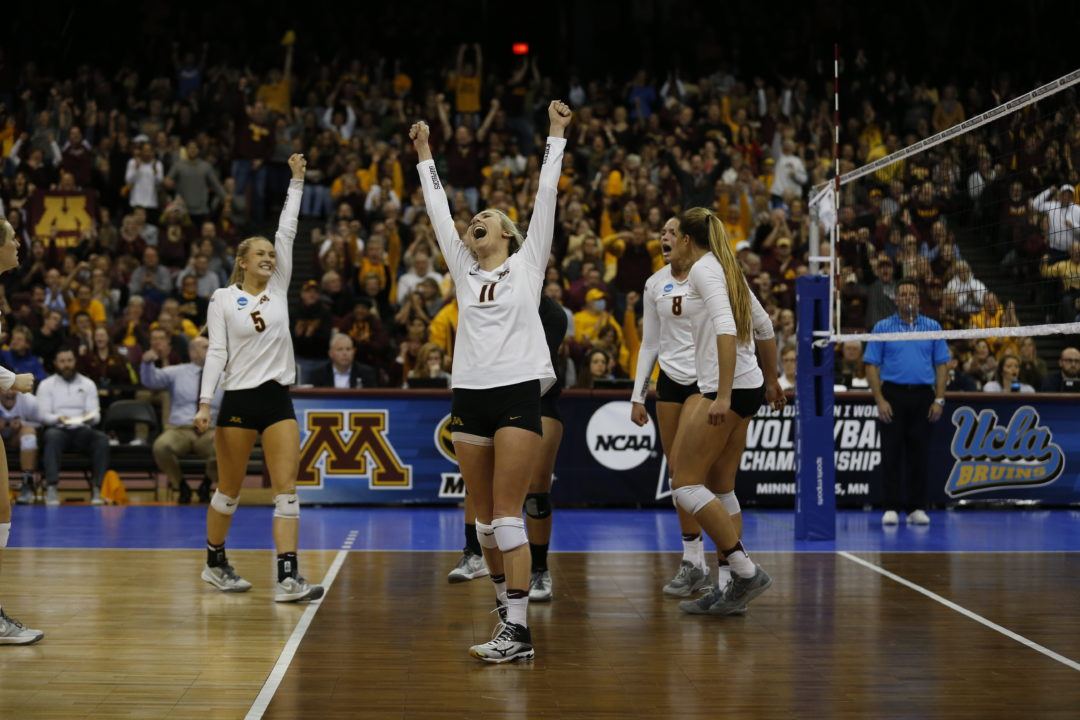 With a 5-0 start to the 2017 season, Minnesota picks up the AVCA Coaches Poll #1 ranking after the second... Current Photo via Minnesota Athletics

With a 5-0 start to the 2017 season, Minnesota picks up the AVCA Coaches Poll #1 ranking after the second week of play. This week, the Gophers picked up three wins against West Virginia, UTSA and Tennessee to earn the top spot on the chart.

Coming in at second in Florida, despite their third win over a top-20 team with their sweep over North Carolina, who made the largest drop in the poll by being dropped from the list. Penn State fought through the top-ranked Stanford to surpass them in this weeks poll, as the Cardinals take the #4 spot ahead of Texas who dropped to fifth.

Creighton who posted their highest ever ranking in the poll at #7 last week dropped to #9 after a mishap with then ranked #18 USC, who dropped to just #19 despite a loss to Northern Iowa who is unranked.