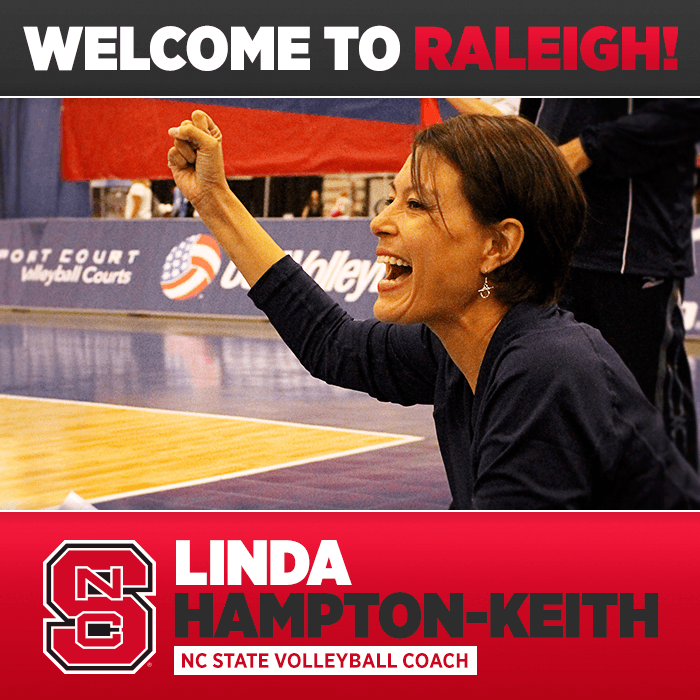 Hampton-Keith brings in much experience, including 14 years as an assistant coach at the Division I level and another 12 years with the USA Volleyball Development Program and three years as a head coach as a varsity high school team.

“We believe Coach Hampton-Keith is the right architect to build out volleyball program for sustainable success,” said Athletic Director Deborah A. Yow. “Her collegiate coaching experience and work with the USA Volleyball Youth Development Program has prepared her well to lead our program.”

Her last five seasons were spent with Arizona State and as associate head coach in her final three season with the team. Hampton-Keith helped lead the Sun Devils to a 15-0 start to their season, reaching No. 5 in the national polls. Arizona State’s 2013 recruiting class was tabbed No. 13 in the nation by PrepVolleyball.com.

Prior to Arizona State, Hampton-Keith was with Texas Christian University as assistant coach and recruiting coordinator for six seasons. She helped the Horned Frogs get to four consecutive winning seasons, earning their first ever NCAA Tournament appearance in 2009.

At her helm in the high school arena, she led P.K. Yonge High School to three consecutive final four appearances, including the 2000 Florida State Championship – the first in the school’s history.

Hampton-Keith is a native of Gainesville, Florida, graduating from Florida International with a Bachelor of Science degree in psychology.