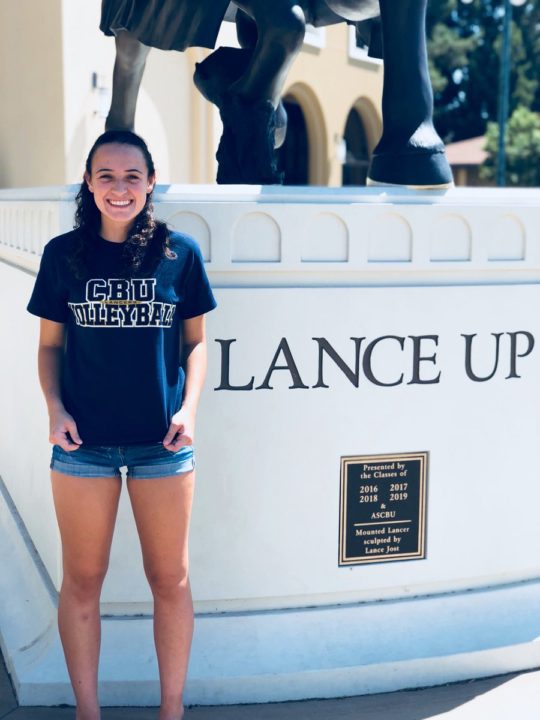 Johnstone’s senior season is approaching once the new school year begins at Vista Murrieta High School in California. As a junior, according to her MaxPreps profile, she notched 235 digs (3.1 per set), 28 assists (0.4 per set) and five aces (0.1 per set) in her second season of varsity. As a sophomore she added 89 more digs (1.6 per set) to her career mark.

Standing at 5’6″, Johnstone also continues her prep career in club ball playing for Forza1 Volleyball and the 17 Under Armour team. She owns an 8’5″ block touch and an 8’10” approach jump. A 30 second clip of Johnstone’s play can be seen here via Vimeo.

Cal Baptist will be competing in the Western Athletic Conference (WAC) for the first time this season after moving up from Division II where they went 29-1 (20-0, PacWest) in 2017 with their lone loss coming as an upset in the second round of the West Regional.

So excited to announce my verbal commitment to California Baptist University to further my education and play D1 volleyball! I can’t wait to be a Lancer💛💙 pic.twitter.com/6xkCJTQXLP