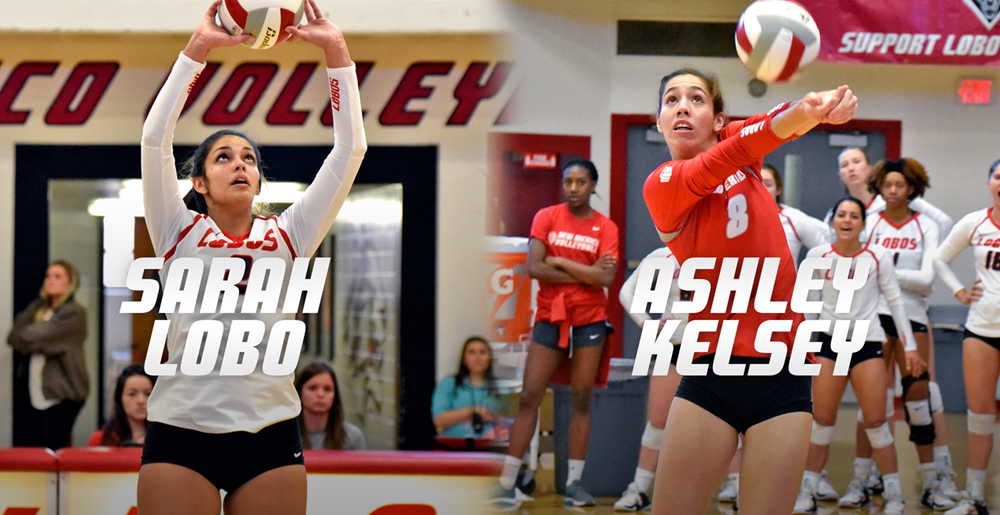 The New Mexico Lobos swept the latest Mountain West Conference awards for their performance last week through October 29. The offensive award went to Sarah Lobo while the defensive honor was collected by Ashley Kelsey.

The awards were partially fueled by team success, as New Mexico went 2-0 for the week with wins over Utah State in straight sets and Boise State in four sets.

Lobo, a freshman setter from Miami, Florida, takes home the MWC Offensive Player of the Week award with a total of 97 assists (13.86 per set) for the week. 58 of those came in the win over Boise State, a new career-high. Her stage at the center of the offense was key as New Mexico hit .276 vs. Utah State and .352 against Boise State.

On the defensive end, Kelsey took care of things and brings home the MWC Defensive Player of the Week. A fifth-year senior from Ewa Beach, Hawaii, New Mexico had a team-best 43 digs in the two road matches. That mark was good for 6.14 digs per set as she was also solid in serve defense with a .974 reception percentage.

Past award winners can be seen below via the Mountain West Conference: