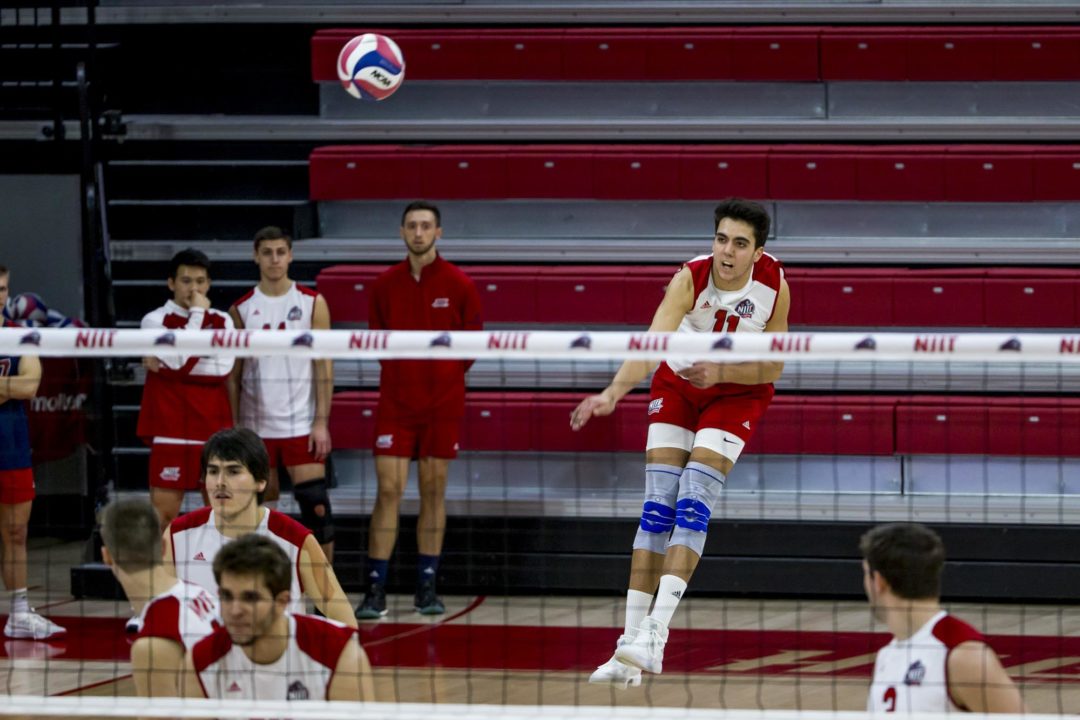 Just a pair of matches took place on the night, as the week starts slow but will slowly progress starting tomorrow. Two independents faced off along with an EIVA school against one from the Conference Carolinas. Both ended in sweeps, as one side projected their strengths on the other.

A now 0-3 week for Erskine is pushed by a strong performance by NJIT, as a dominant third set put the clamps on a match that looked rather promising in the late second. That helped sway some of the team stats to a more lopsided figure, though it was clear NJIT had the stronger offensive match with that .400 hitting day compared to .060 from Erskine. A big difference came in serve reception too, as NJIT was the stronger bunch in that regard and had nine kills on a .316 mark with four blocks and an ace (12 points) from Piotr Namiotko to take them over the top.

Queens proved to be the stronger side in a sweep where the sets got progressively closer. While blocking, serving and digging all favored Queens, it was the .316 hitting percentage compared to .098 from Lees-McRae that was the biggest difference. Jake Dube (10 kills, .250, nine digs) was the star of the match for Queens as it now gives them wins in two of three and three of six after a 3-15 start.