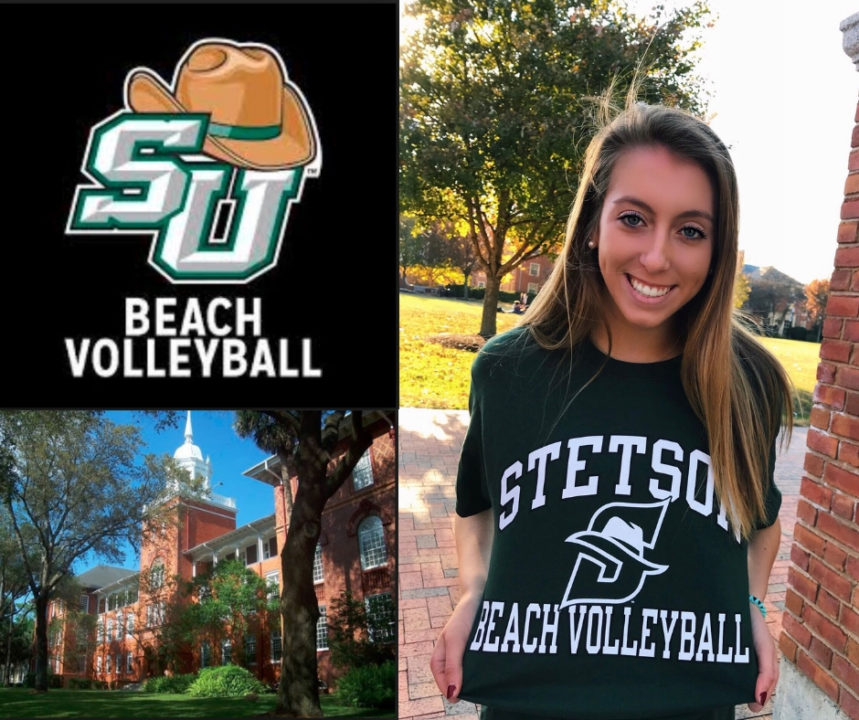 Lauren Della has been playing both indoors and outdoors since she was 10, but has opted to focus on beach in college. Archive Photo via Lauren Della

The had a banner year in 2018 – she qualified for 4 different volleyball national championships and helped her high school indoor team to the North Carolina 4A (big school) state championship game for the first time in school history.

She was named the MVP of her high school team, Academic All-Conference, and a member of t he All-Conference team. Playing for Triangle Volleyball, she’s been on the club’s top performance squad since she was 12.

Della has been both a beach and indoor player since she was 10. She said that while she loves both sides of the game, she decided to focus on beach in college.

Her older sister Caitlyn is a 6’3″ middle blocker at Wake Forest who has 90 total blocks this season indoors.

Stetson qualified for the first-ever NCAA Beach Volleyball National Championship Tournament in 2016, but has missed the last 2. This is a key domestic pickup for a team that’s looking to build on early-program success in the sport. 8 of the team’s 14 listed players for 2019 are internationals.