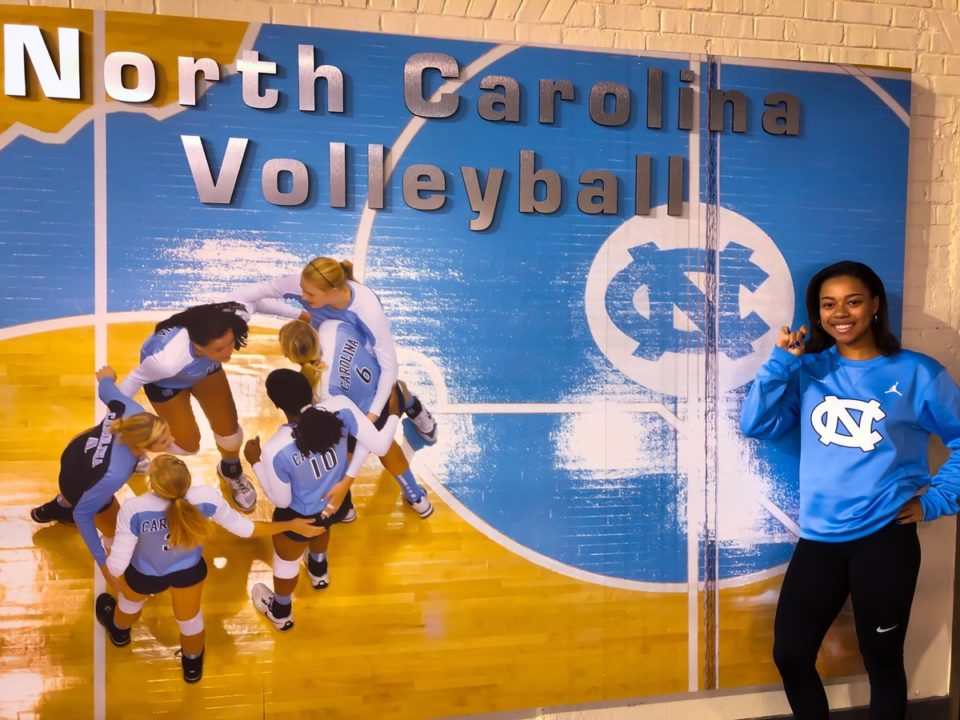 Another future recruit made her intentions known recently as class of 2020 Sydney Reed has committed to the University of North Carolina women’s volleyball program. A 5’7″ outside hitter, defensive specialist and libero in her prep career, Reed will join the Tar Heels for the fall of 2020.

Reed is a sophomore at Flint Hill High School in Oakton, Virginia, where she helped her team to a 37-0 season and a state championship. In fact, it’s one of the top programs in the country, ranking 55th in the MaxPreps National Rankings.

North Carolina finished 14-14 in 2017 and 11-9 in the ACC a year after they made the Sweet 16. At Reed’s current height – which could change if she grows – it would remain likely she is a DS/L. That would put her in a position group with one player on their current roster who is on pace to return plus any other newcomers between now and the fall of 2020.

I am BEYOND stoked to announce that I have verbally committed to play DI volleyball at the University of North Carolina !! I want to thank everyone who has helped me throughout the recruiting process. Go Heels !! ?? pic.twitter.com/pyIPZ5JgPG