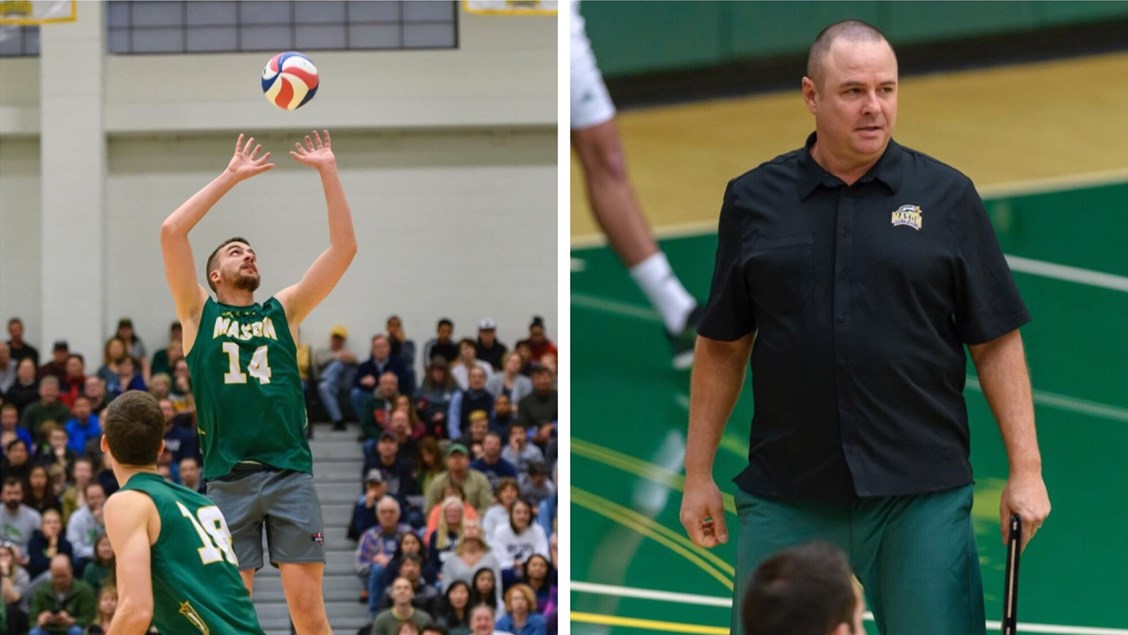 Negron (left) was named Player of the Year, while his coach Jay Hosack (right) earned Coach of the Year for the 2nd time in 3 seasons. Archive Photo via George Mason Athletics

After a magical season that saw the George Mason Patriots men’s volleyball team win their first 11 conference games, and ultimately finish the season with a 13-1 record in that category, the EIVA named setter Brian Negron the 2018 EIVA their 2018 Player of the Year. His coach Jay Hosack was named Coach of the Year after leading the Patriots to their first EIVA title under the current conference alignment (2000-present).

Brian Negron, a native of Puerto Rico, is the 3rd player in program history to win the EIVA Player of the Year award, after Shaun Powell won it outright in 2006 and Mark Jones shared the honor in 2015. This completes the career double of sorts, as he was named EIVA Newcomer of the Year in 2015.

He ranked 19th nationally in 2018 in assists-per-set (9.24) and 2nd in the conference behind only Penn State’s Luke Braswell. That all led to the 14th-best offensive hitting percentage in the country for George Mason, and 2nd in the EIVA behind Penn State. At 6’7″ tall, Negron brings a lot of other things to the table at the setter position, including 64 kills and 46 total blocks. Of the 18 setters with more assists-per-set than Negron this season, only 1 – UCLA’s Micah Ma’a – has more points than Negron does.

The Player of the Year award is ceremonially named the Uvaldo Acosta Memorial award after a former George Mason coach who drowned in 1998 in Hawaii while the team was there to play Hawaii. He was just 32-years old at the time.

NJIT’s Alvaro Gimeno was named the EIVA Newcomer of the Year. He ranks 2nd in the EIVA in kills (313), points (381.5), and service aces (45) this season. That included a 5-ace performance against Belmont Abbey in February. The 6’7″ opposite joined the team as a freshman in January from Spain. NJIT did not make the four-team EIVA Conference Championship Tournament. 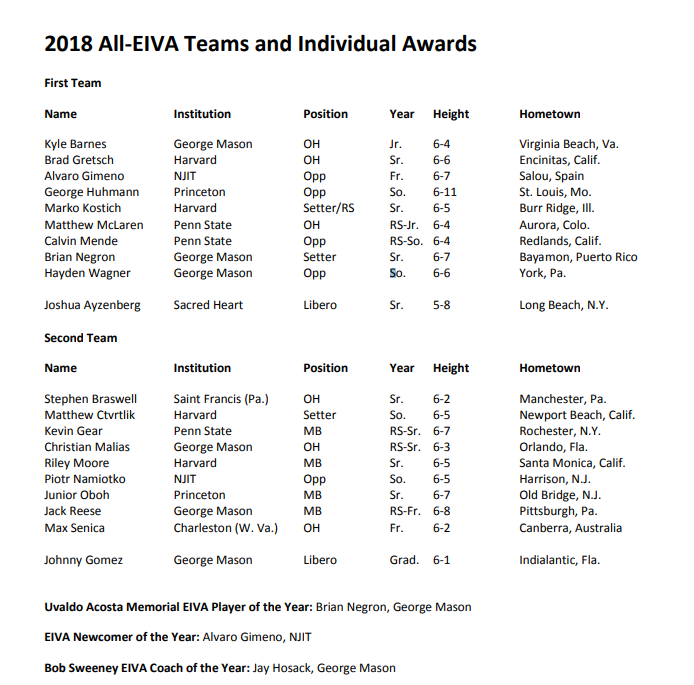