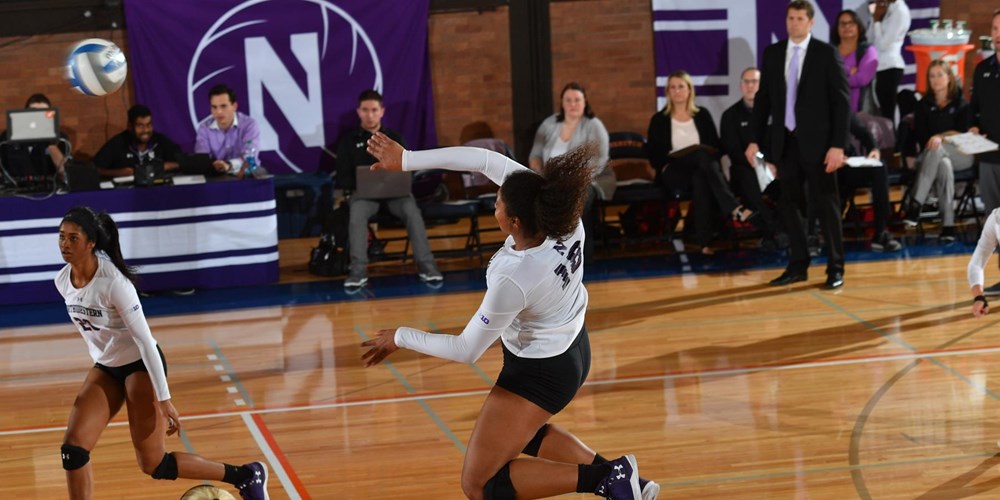 Nia Robinson, who currently ranks second in the Big Ten in kills per set, returned for Northwestern on Sunday in a near upset of #24 Iowa. Archive Photo via Northwestern Athletics/Volleyball

The bad news for Northwestern this past week was that they lost twice to fall to 0-4 in Big Ten action, including on Sunday to Iowa. The good news though is that Nia Robinson returned to the lineup as she almost helped the Wildcats upend the 24th ranked Hawkeyes.

Robinson had last played on September 15 against Loyola Chicago in which she had 23 kills and hit over .300. She then missed matches against Indiana, Purdue and Nebraska to open up Big Ten play for Northwestern. The reasoning was undisclosed.

In the match against #24 Iowa for her return, Robinson helped the Wildcats push the Hawkeyes to five sets. Individually she had 25 kills on a .167 hitting percentage, 7 digs and 2 blocks. It gave Northwestern as many set victories in the one match as they had in their previous three appearances combined against Big Ten competition.

A 6’2″ sophomore pin, Robinson is the only player to have surpassed 200 kills for Northwestern despite missing action. She’s also leading the way with 4.23 kills per set while tacking on 1.17 digs per set, 0.23 blocks per set, 0.23 aces per set and hitting .241. Her kills per set mark also ranks second in the Big Ten.

Northwestern is currently sitting at 10-6 overall this season and 0-4 in Big Ten play. They’ll look to grab their first conference win with Robinson back to assist in the job this week at home against #4 Minnesota and at #7 Illinois.