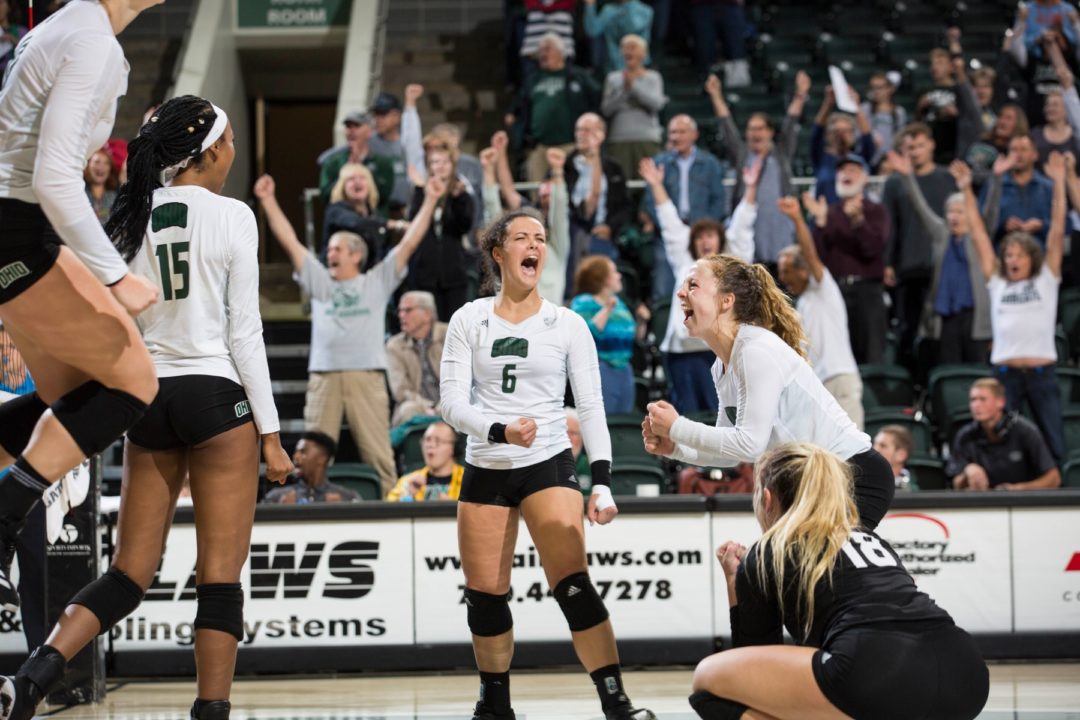 Ohio heads into 2018 as the preseason favorite in the MAC. Archive Photo via Bobcat Athletics

Just a few days out from the start of the season, Ohio has been chosen by the coaches as the preseason favorite in the Mid-American Conference (MAC) for 2018.

Unlike some other conferences, the MAC votes on divisions as well as outright and conference tournament champion – which might be a bit odd to project a team to win the tournament that you don’t think would win the regular season in a non-existent bracket.

The Bobcats, who went 17-15 (10-6 MAC) last season, received nine of their division’s first-place votes, eight for regular season champions and five for tournament champions though, more than anyone in all three. They also landed a trio on the Preseason East All-MAC Team – the only school to do that.

Ball State actually wound up with more votes to win their division, but got none in the outright category and just one for the conference tournament. That likely represents the West being a slightly easier path to a division title than the East, where Bowling Green is one of the other big favorites in the league.

Rounding out teams with first place votes was Western Michigan in the West. Buffalo, Central Michigan and Miami (OH) – last year’s tournament champion – tacked on over 40 voting points in each of their own divisions.

The full list of preseason team projections and individual honorees can be seen below via the MAC: