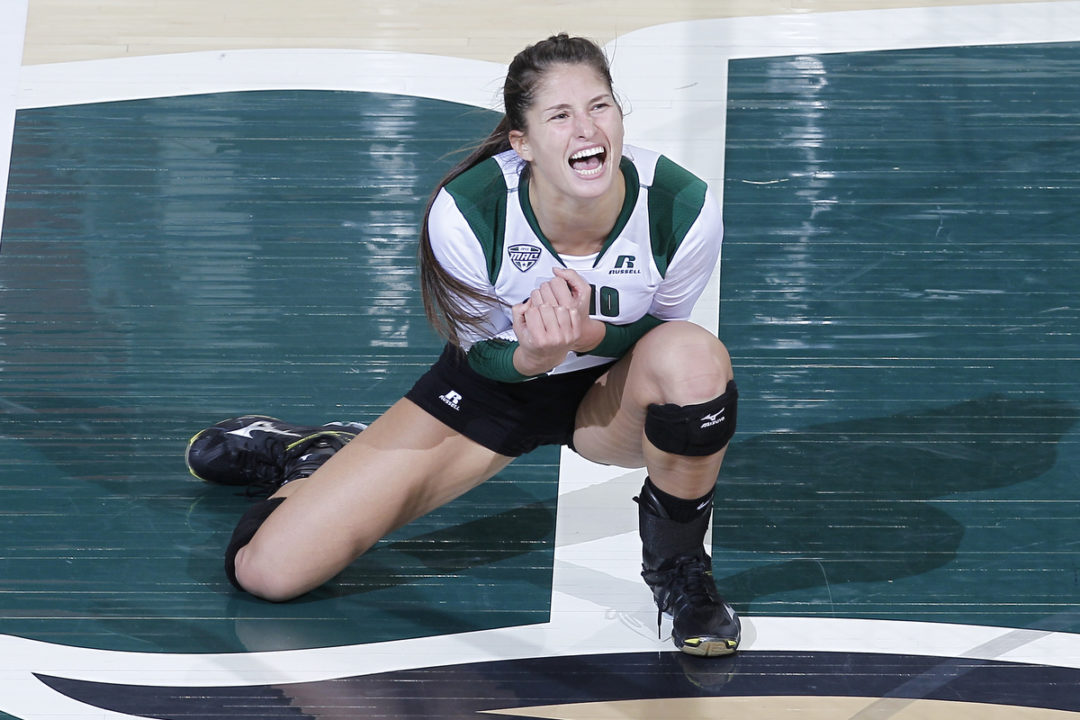 In a stroke of bad luck, Ohio’s senior captain Jaime Kosiorek found herself with an ACL injury that will take... Current Photo via Calvin Mattheis | Ohio Athletics

In a stroke of bad luck, Ohio’s senior captain Jaime Kosiorek found herself with an ACL injury that will take her out of the remainder of the 2017 season. The injury came just two days after the senior posted her 1,000th kill for the Bobcats.

ok so i guess life has a funny way of working out. hi this is me 2 days ago hanging my name on the “ultimate elite athlete” board aka a board only 13 other ohio athletes are on bc of our incredible strength. like this is a big deal i worked MY ASS off all summer for this & to become the best outside hitter in the mac. all the possibilities in the world were at my finger tips for me and my team. fast forward 2 days later in dayton during our 4th match of the season i jumped to hit a ball i’ve hit 8000 times except this time my acl said lol no bye bihh & that was that. i’m not sure why things happen the way they do.. if anyone does hit me up. so FOR NOW left bench it is ? i’m not quite sure what the future holds… but you can find me teaching carley & lizzie virtually everything i know ? don’t sleep on ohio vball they’re gonna soar to great heights w me standing (hobbling) right by their side. this year is gonna look a lil different than excepted but hey that’s life. stay tuned this isn’t the end for me ??

In her career with the Bobcats, Kosiorek made a huge impact from the start, posting 280 kills in her freshman season and only improving each year. At the time of the injury, Kosiorek had put down 1,038 kills for an average of 3.02 kills per set on a .202 hitting clip. She also tallied 505 digs and 111 total blocks for the Bobcats.

Though she cannot play the remainder of the season, Kosiorek will cheer on her squad as they begin their home slate on September 1 with the Bobcat Invitational, opening with Georgia followed by Oklahoma and High Point on September 2.