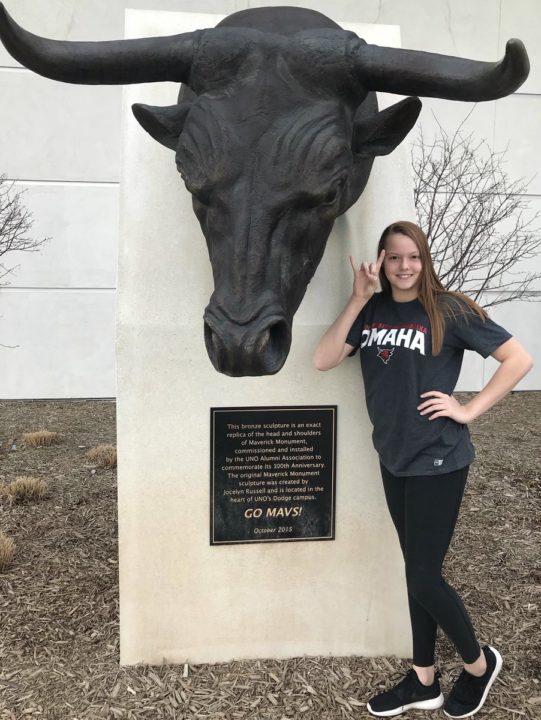 Already stocked with a 2018 class filled with recruits and transfers and a class of 2019 addition, the University of Nebraska at Omaha is tacking on another future player in the form of McKenna Ruch. Standing at 6’1″, Ruch is an in-state recruit who can play both middle blocker and outside hitter.

A sophomore at Millard North High School in Omaha, Nebraska, Ruch’s squad went 27-13 on the season. In her second year of varsity, she totaled 340 kills (3.1 per set) on a .291 clip, 86 blocks (0.8 per set) and 58 digs (0.5 per set) according to her MaxPreps profile. That was good enough to land on the Nebraska Class A First-Team. She was also Class A Honorable Mention as a freshman in 2016.

Ruch’s prep career is also continued on the club circuit, where she plays with Premier Volleyball and the Nebraska 16 Gold team. Video of her play via her Hudl page can be seen here.

Omaha finished 2017 with a 10-18 record and a 7-7 mark playing in the Summit League. Of their group of middles and outside hitters, three would be on pace to be back come the fall of 2020 as upperclassmen.

Additionally, the other future recruit listed in the VolleyMob Recruiting Database for the program is Sami Clarkson, who joins the team in the fall of 2019.

Super excited to announce my commitment to the University of Nebraska at Omaha to continue my academic and volleyball career!! Shoutout to all the coaches and my parents for helping me get here!! ❤️?? #gomavs ?? pic.twitter.com/d6Y1wFGgMH