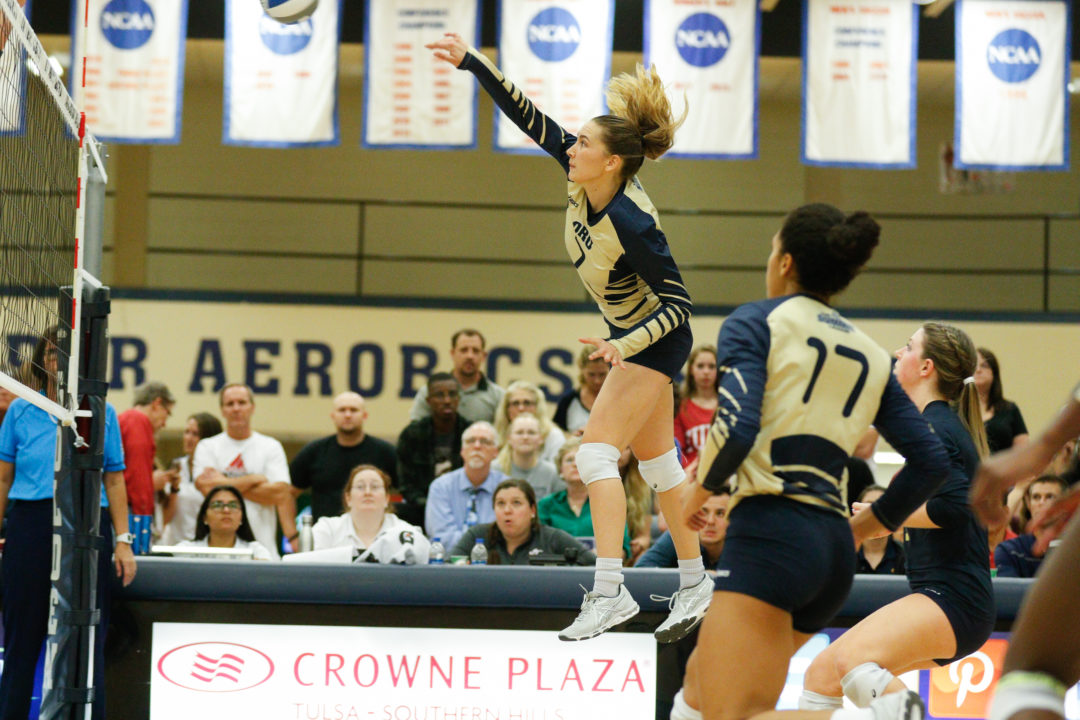 This week's AVCA Player of the Week comes out of Oral Roberts in Laura Milos, after she helped her squad to a 2-0 week while also surpassing the 2,000 career kill mark. Current Photo via Oral Roberts Athletics

This week’s AVCA Player of the Week comes out of Oral Roberts in Laura Milos, after she helped her squad to a 2-0 week while also surpassing the 2,000 career kill mark.

On the week, Milos put down an average of 7.00 kills per set on a .438 hitting clip while adding another 1.43 digs per set in seven sets played.

Against NDSU, Milos posted her 2,000th kill on her fourth kill of the match. She went on to add another 26 kills to her tally to rack up her kills total to 2,026. In her career, Milos slammed down 502 kills during her freshman season with Oral Roberts and continued to grow this over the next two years. In her sophomore campaign, Milos added another 583 kills and 631 in her junior season. So far this season, Milos has put down 310 kills and will look to continue adding onto her career total.

Milos is just the third player in The Summit League to accomplish the feat.

The honor is just the second time that an Oral Roberts player has earned the AVCA Player of the Week, with the last coming almost 24 years ago when Ksenija Kugler picked up the award.