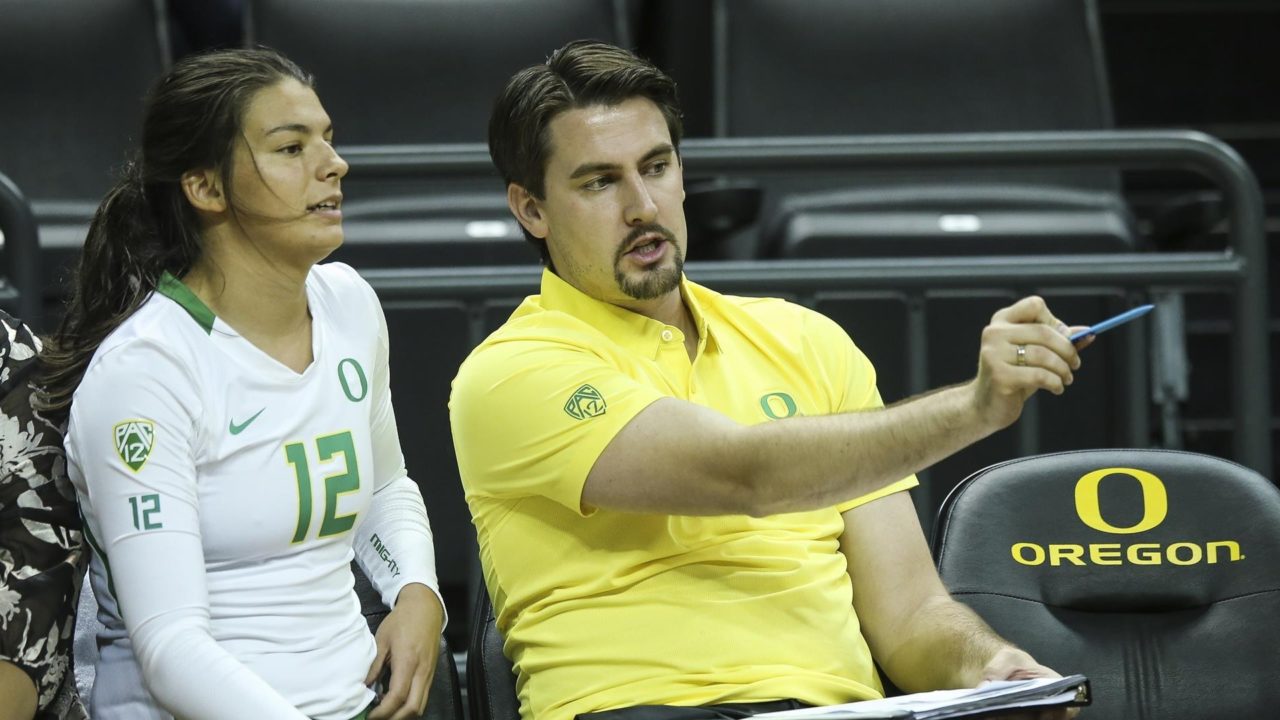 Oregon head coach Matt Ulmer has his contract extended for four more years starting at $150,000 after helping the Ducks to their seventh NCAA Tournament appearance in his first season. Current Photo via Oregon Athletics

Oregon head coach Matt Ulmer has his contract extended for four more years starting at $150,000 after helping the Ducks to their seventh NCAA Tournament appearance in his first season.

Ulmer was previously an assistant with Oregon for three seasons before being named as the head coach following complaints surrounding former head coach Jim Moore and assistant coach Stacy Metro. The two were essentially forced out of their positions following accusations from current and former players that claimed the two’s coaching style was abusive.

The announcement for Ulmer comes on the eve of the team playing in the NCAA Tournament against Kennesaw State in Provo, Utah.

Ulmer guided the Ducks to a 17-11 overall record and 10-10 Pac-12 standing. In his first match at the helm of the program, Ulmer led the Ducks to an upset win over then-#5 Nebraska at the VERT Challenge. The win over the Huskers was the programs highest-ranked win since 2011 and the first of four wins against ranked opponents this season.

For the 2018 season, Ulmer has secured five players with three being on the Under Armour first-team All-American list – the most of any team in the country. In the signing class comes Kylie Robinson who is the highest-ranked recruit in program history at #8 on the prepvolleyball.com senior aces list.