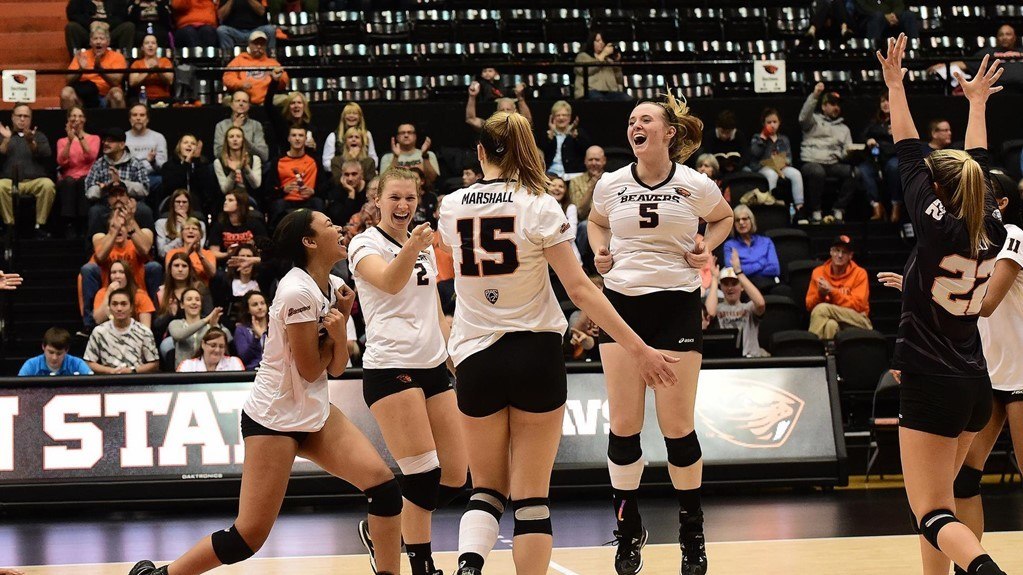 Arizona started the match strong with a 25-23 first set win, but the Beavers fought back to take the next three, with Arizona rarely leading the final three sets.

Two Oregon State players recorded double-doubles in the victory. Mary-Kate Marshall had 17 kills and 17 digs to lead the way for the Beavers, while Lanesha Reagan put down 14 kills and picked up a career-best 19 digs.

Despite out-hitting Oregon State 63-52, Arizona made 30 attack errors, stopping them from winning the match.

Kalei Mau recorded a double-double in the match with 23 kills and 16 digs, while Kendra Dahlke put down 19 kills and nine digs. Setter Penina Snuka dished out 51 assists and picked up 11 digs for her seventh straight double-double.

This loss marks Arizona’s second consecutive road stint with a big victory over a ranked opponent, followed by a loss to one of the conference’s bottom teams. The win marked Oregon States second conference win of the season.

In a match that saw 36 ties and 13 lead changes, the Beavers were victors over the Wildcats for the second straight match at Gill Coliseum – in 2015 it was a victory over then-No. 23 Arizona – after a fourth set the Beavers owned late. The set also saw its fair share of ties and lead changes – nine and four, respectively – but the Beavers never trailed after going up 14-13 midway through the frame.

It was Marshall’s 17th and final kill that did in the Wildcats after Arizona, down 24-17, went on a three-point run. An Oregon State timeout followed before the junior posted her 34th kill of the weekend.

The double double marked the fourth of the season for Marshall, who also tallied 17 digs.

Reagan, meanwhile, increased her team lead in double doubles to nine with a 14-kill, 19-dig afternoon. The 19 digs are a career-best for the redshirt sophomore, who earlier this season had 18 against USC.

Oregon State won set three – the most “tame” of the match due to just seven ties and two lead changes – by hitting .278. And in set four, OSU hit .208, limiting Arizona to a .133 percentage.

Oregon State heads to the state of Washington next weekend for a pair of matches against the Huskies and Cougars. The Beavers open at Washington State Friday night at 7 p.m., followed by a Sunday match at Washington that starts at 3 p.m.

This marked Arizona’s second consecutive roadtrip with a big victory over a ranked opponent followed by a loss to one of the conference’s bottom teams. Sunday’s win was just Oregon State’s second conference win of the season.  Oregon State improved to 9-14, 2-10 Pac-12 while Arizona fell to 14-10, 6-6 Pac-12.

Arizona won the opening set 25-23, but the Beavers responded by taking the next three. The Cats rarely led after the first.

The Cats return home next week to face USC (Wednesday) and UCLA (Friday).