Pacific & UC Irvine Sweep Their Way to Round of 16; NIVC Pacific Regional (Round 1) 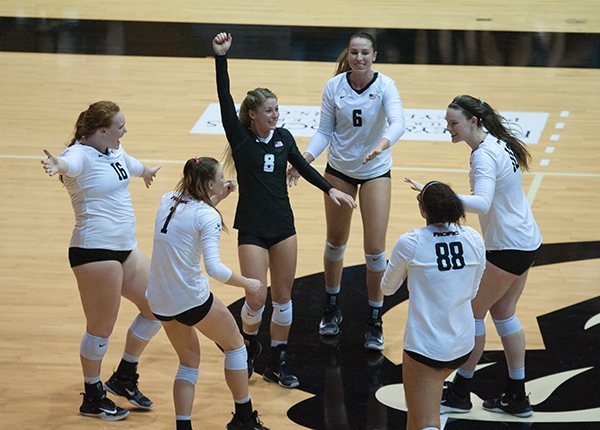 Pacific and UC Irvine used sweeps to advance to the Round of 16 and meet up; NIVC Tournament Pacific Regional (Round 1) Archive Photo via Pacific Athletics

The UC Irvine Anteaters swept Sacramento State with solid distance throughout the match as they advanced by the opening round of the NIVC Tournament. The win pushes UC Irvine to the round of 16, where they will play tomorrow. It’s also the second post-season win for the bunch and the first since an NCAA Tournament victory in 2003.

Sacramento State took the first two points, but it wasn’t indicative of how things would go for the rest of the set or the match. What was indicative was UC Irvine winning the next six before blasting forward and never looking back. The second set featured seven ties and two lead changes, but all came early with a close margin. Besides that, only two ties and a pair of lead changes occurred in the other two sets that was heavily dominated by the Anteaters.

While the numbers stuck out, it was UC Irvine’s ability to prevent big digits from the opposition that was also key as no player for Sacramento State had more than four kills for the match – although for Lana Brown her four came on just nine swings to go with six blocks.

As they move on to the next round, UC Irvine will take on the winner of the game below in the Pacific Tigers for a spot in the NIVC Quarterfinals.

The second game wasn’t much different than the first, as one side held majority of the lead and carried it to a three-set sweep. That team in the second match was Pacific, as the Tigers downed Boise State to move on to the round of 16.

Just like the first match it was the second set that was the tightest, but in total there were just eight ties and one lead change for the entirety of the three-set match. The biggest difference was an efficient offense from Pacific against a Boise State attack that was too wild. That was shown with 31 kills for Boise State to 16 errors – for a .128 hitting percentage – while Pacific hit .274.

Part of Boise State’s error-filled day on offense came from being out of system and an aggressive and effective Pacific serve. That also showed up in the ace chart as the Tigers out-aced the Broncos 8-2, while both had six serve errors.

Coming up big in both regards was Ashlyn Fleming, who logged nine kills on .471 to go with four aces. Emily Baptista also notched an ace to go with her team-high 10 kills (.226 and eight digs as well).

Besides that, digs (58-58) and blocks (4.5-3 in favor of Pacific) were relatively (and in the case of digs exactly) even between the two sides. Andie Shelton (nine kills, .381, 15 assists, six digs, two blocks) and Katrin Gotterba (21 digs, six assists) totaled big numbers for Pacific while Sierra Nobley (13 kills, seven digs) and Maddi Osburn (20 digs) produced in the losing effort for Boise State.

Pacific gets one more match of hosting now as they take on a solid UC Irvine team that only finished behind Cal Poly and Hawaii in the Big West. That one takes place tomorrow night at 10 pm ET once again on Pacific’s home court.