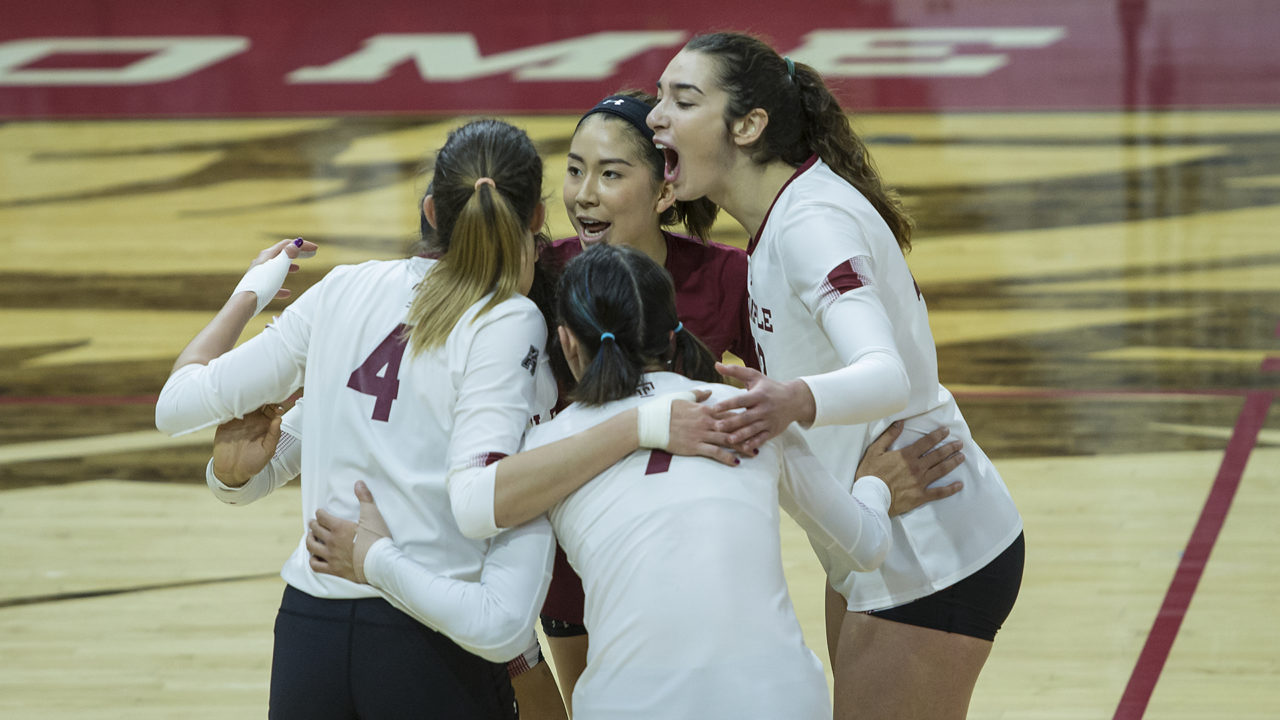 Temple and West Virginia continued their seasons at the NIVC with opening round sweeps. The teams will face off on Wednesday for a spot in the Final Eight.  Current Photo via Temple Huddle

Temple and West Virginia each turned in hitting effort of better than .300 en route to opening round sweeps in the National Invitational Volleyball Championship on Tuesday.

The teams will meet at 6 p.m. Wednesday with a spot in the Round of Eight on the line.

Key Stats: Temple dominated Campbell at the net with a .316 hitting efficiency and 13 blocks, including eight in Set 2, while holding the Camels to a -.044 hitting effort for the match. The Owls also bested Campbell 38-22 in kills and 6-3 in aces.

It Was Over When: After ending Set 2 on a 14-1 run, the Owls raced out to a 14-7 lead in the final stanza. Campbell rallied to within two at 15-13, but Temple held the Camels at bay, wrapping up the set with a 10-3 run. Three kills by Deak and a kill and a block by Westfield set up a final putaway by Carla Guennewig.

Junior outside Lucia Babic paced the Hawks with nine kills, while hitting at a .318 clip and adding six digs. Sophomore outside Iva Vujosevic was the only other player with more than three kills, tallying five putaways. Senior middle Mere Serea put up a team-best three blocks, while freshman libero Eva Valentova managed a team-high 10 digs.

It Was Over When: West Virginia broke away in Set 3 with a 4-0 run to stretch its lead to 14-7. UMES would get no closer than five the rest of the way. Levak turned in two kills and Caffrey added a kill and the final ace in a 5-0 run to close out the night.

“It’s the first time in 26 years since we’ve been in a postseason tournament,” West Virginia coach Reed Sunahara said. “I don’t think our players are familiar with this type of match, so they had some jitters tonight. We missed six serves, but we rebounded, and I thought they came out strong after that.”

The Mountaineers earned their ninth sweep of the season, advancing to the second round of the @WomensNIVC Tuesday evening! #HailWV pic.twitter.com/XHF5VLCDB2