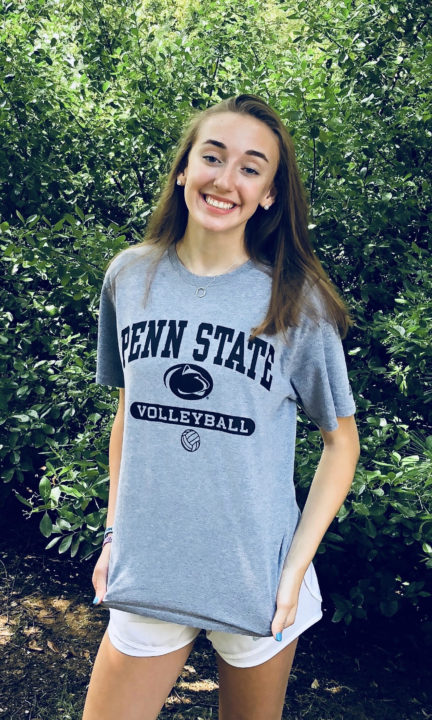 Van Den Elzen will be a junior for the new school year at Emmaus High School in Pennsylvania. As a sophomore, her second season of varsity, she helped the team collect a 22-7 record and an appearance in the district quarterfinals. As a freshman the team went 27-8 and made the district semis.

Standing at 6’4″, Van Den Elzen plays with East Coast Power Volleyball and recently the 16 Empire team. Video highlights of her play with the club can be seen below via YouTube:

It’s the second class of 2020 recruit for Penn State that has been registered in the VolleyMob Recruiting Database, too. Also in the class is defensive specialist/libero Madelyn Bilinovic.

The Nittany Lions 2018 season begins on August 24 against Eastern Kentucky. They are coming off of a 33-2 finish to 2017 that included a 19-1 mark in the Big Ten and a Final Four appearance.