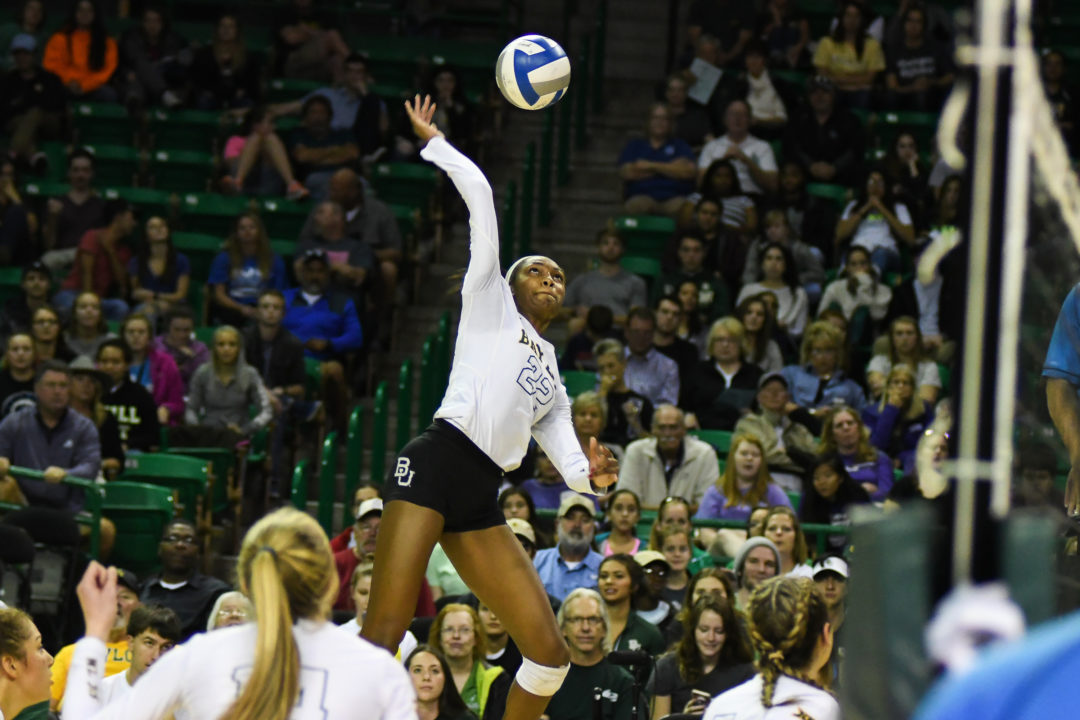 Sophomore Yossiana Pressley guided 12th-ranked Baylor to a 5-set victory over RV Iowa State with a school record and career-high 39-kill effort. She is the first Bear since 2001 to register 35 kills in a match and the first to ever to reach 39 in a single match.

Yossiana Pressley's 39 kills is not only a career high, but a SCHOOL RECORD! 🔥

She's the first Bear since 2001 to record over 35 kills and first to reach 39 in a single match. 🐻 #SicEm #NCAAVB #BaylorProud pic.twitter.com/nYIPWPzgMd

With the win, the Lady Bears rebounded from their Big 12-opening loss to Texas Tech and evened their conference mark, 1-1. Baylor has defeated the Cyclones in each of the last 3 matchups in Ames, Iowa.

After dropping the opening set to Iowa State, 25-15, Baylor rallied back with back-to-back wins in the second and third sets, 25-19 and 25-14, respectively. The Cyclones would not surrender, registering a 25-22 win in the fourth set to force a fifth, deciding set.

Pressley registered a .390 attack percentage to go along with her school record 39 kills and 13 digs. Aniah Philo compiled a double-double with 12 kills and 15 digs, while Hannah Fluegel notched 52 assists for Baylor.