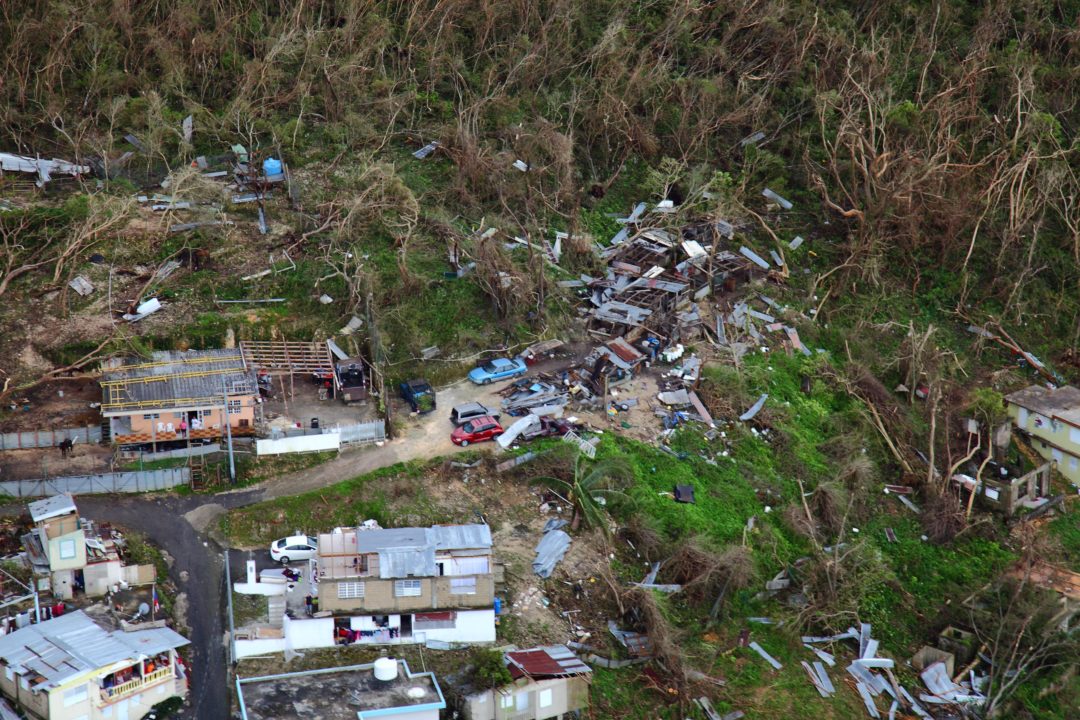 The hurricane season in the Caribbean has been very difficult for the daily lives of millions of people across many... Current Photo via US Customs and Border Protections

The hurricane season in the Caribbean has been very difficult for the daily lives of millions of people across many islands. With Hurricane Maria, the damage to infrastructure on the island of Puerto Rico has been immense. The men’s league in Puerto Rico, Liga de Voleibol Superior Masculino (LVSM), had started their season September 7th.

The seven team league with teams in Adjuntas (central island), Arecibo (north side of the island), Carolina (just south east of San Juan), Guaynabo (south west of San Juan), Mayaguez (west side of the island), Naranjito (west south west from Guayanbo) and Yauco (southwest part of the island) is often a bus ride league as there are multiple games played in a week. The league announced on September 18th that the league would be suspended from September 20th through the 22nd due to the approach of Hurricane Maria to the island of Puerto Rico. The league would reschedule those games for later in the regular season which lasts until mid-November normally before the playoffs.

With the roads still being impassible and with the power grid still being repaired, the President of the Puerto Rican Volleyball Federation, Dr. Cesar Trabanco, announced that the LSVM season would be cancelled. This is a blow for many individual players both from Puerto Rico and the other countries of the NORCECA region. As Puerto Rico is really the only professional league in the region, it is a platform to play at a higher level than NCAA volleyball and possibly into playing overseas. Many USA national team players got their starts in Puerto Rico before going to Europe and Asia.

As for the women’s league, Liga de Voleibol Superior Feminino (LVSF), their season usually starts in January, so there is time for the infrastructure to improve before their training starts.

With that said, if you would like to donate to the relief efforts in Puerto Rico, please visit the American Red Cross, and select Hurricane Maria in the “I Want to Support” box.