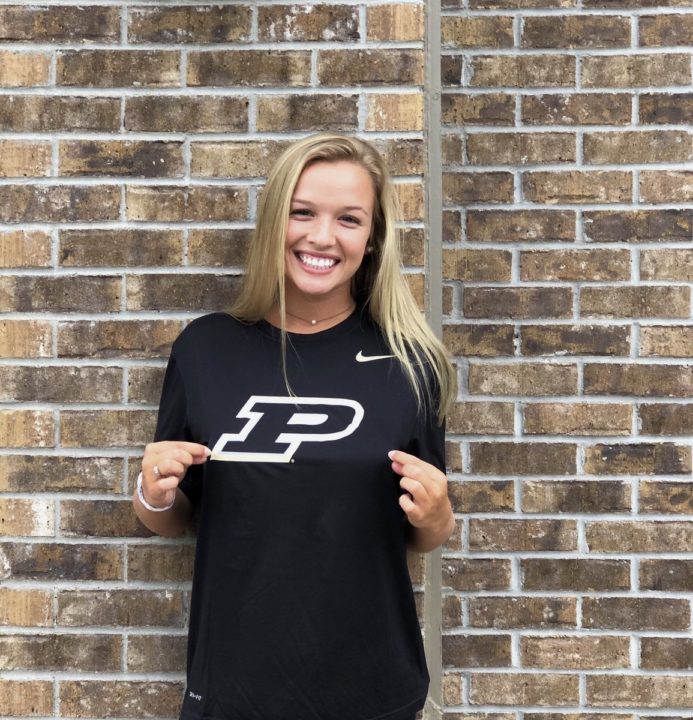 Torrance will be a senior this season at Avon High School in Indiana. As a junior she helped the team collect a 37-3 record en route to winning a state championship. The school also wound up ranked #22 in the MaxPreps Xcellent 25 and 13th nationally per the site.

Standing at 5’2″, Torrance also plays with Circle City volleyball and the 18 Purple team. Her club profile can be seen here, noting that she has a 22.5″ approach vertical and an 18″ standing vertical. Video of her play from last year and the 16-1 team can be seen below:

Torrance also joins a few other class of 2019 recruits for Purdue that have been registered in the VolleyMob Recruiting Database. Also committing to the program for the year are a pair of outside hitters in Maddie Koch and Emma Ellis.

The Boilermakers have six defensive specialists on their 2018 roster, with one set to graduate before 2019 in Brooke Peters. Purdue collected a 23-10 overall record in 2017 with a 12-8 mark in the Big Ten. They also made the second round of the NCAA Tournament

So excited to announce that I will be continuing my academic and volleyball career at Purdue University! BOILER UP 🚂🏐 pic.twitter.com/WAHLDm1rpC