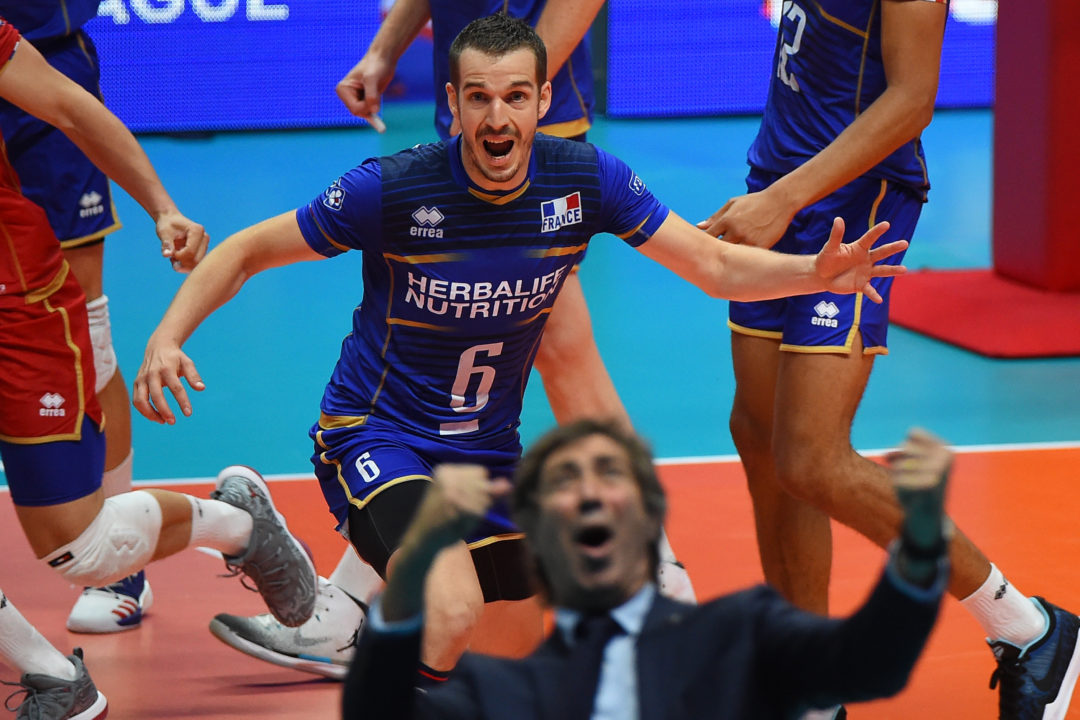 With the volleyball schedule, between pro leagues, cup seasons, international tournaments, and national team training,moving closer-and-closer to an every-day commitment for the top tier of the sport, there are very few gaps to deal with the ‘rest of life.’ This year, that gap came the week after the conclusion of the Nations League. While Russian captain Dmitry Volkov celebrated his team’s Nations League title by undergoing plastic surgery on his nose, French captain Benjamin Toniutti had a different reason to celebrate: he was married on July 13th to the mother of his two-year old daughter.

The pair embarked on a week-long honeymoon to the Seychelles, were they soaked up the sun, golfed, and made friends with an enormous turtle.

Toniutti is back in Montpelier now, training with the French National Team as they prepare for the upcoming World Championships. There, France lives in Pool B in Ruse Bulgaria as an unseeded team. They will face off in the preliminary round against China on September 12th, followed by Brazil, Egypt, the Netherlands, and Canada, with the top 4 teams advancing to the 2nd round.

In the Nations League, France finished atop the table with a 12-3 record. They beat Brazil and Serbia in the Final 6, and then in the semi-finals beat the U.S. to the gold medal match. There they were swept by Brazil 3-0 in the final.

In the championship rounds, Toniutti ranked among 6 starting setters by serving his teammates 17.25 running-sets-per-set (in other words, sets where they faced 0 or 1 blockers. Brazil’s Bruno Rezende led that category with 18.