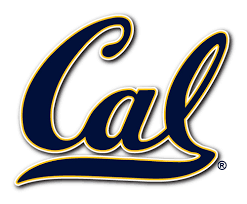 After 18 seasons with California and 32 overall, the most successful coach in Cal volleyball history, Rich Feller, has announced... Current Photo via Cal Athletics

After 18 seasons with California and 32 overall, the most successful coach in Cal volleyball history, Rich Feller, has announced his retirement.

Feller is a two-time National Coach of the Year and led Cal to their first ever Pac-12 championship and only appearances in the NCAA Final Four. Feller joined the Golden Bears back in 1999 and by 2002 had Cal in the NCAA Tournament for the first time in 13 years. This sparked a run with the team who made 12 consecutive NCAA Tournament appearances including two Final Fours in 2007 and 2010, four consecutive trips to the NCAA Elite Eight and moved on to the Sweet Sixteen six times.

At the end of his career with Cal, Feller has a record of 329-229, ending as the winningest coach in Cal volleyball history.

2007 marked Feller’s first National Coach of the Year award when the Bears moved onto their first ever NCAA Final Four, and again in 2010 when Cal went all the way to the NCAA championship match.

Off the court, Feller led his team to 107 Pac-12 All-Academic honors and produced four Academic All-Americans. In the past five seasons, the Bears NCAA Graduation Success Rate has been a perfect 100 percent.

At the beginning of his career, Feller held the helm at Colorado State, where he led the Rams to their first ever NCAA Tournament appearance. Feller went on to take Colorado State to seven more NCAA Tournaments, two conference titles and 12 final top-25 rankings in 14 seasons.

A national search will begin for Feller’s replacement will begin immediately, with associate head coach Matt McShane being named interim head coach in the meantime.