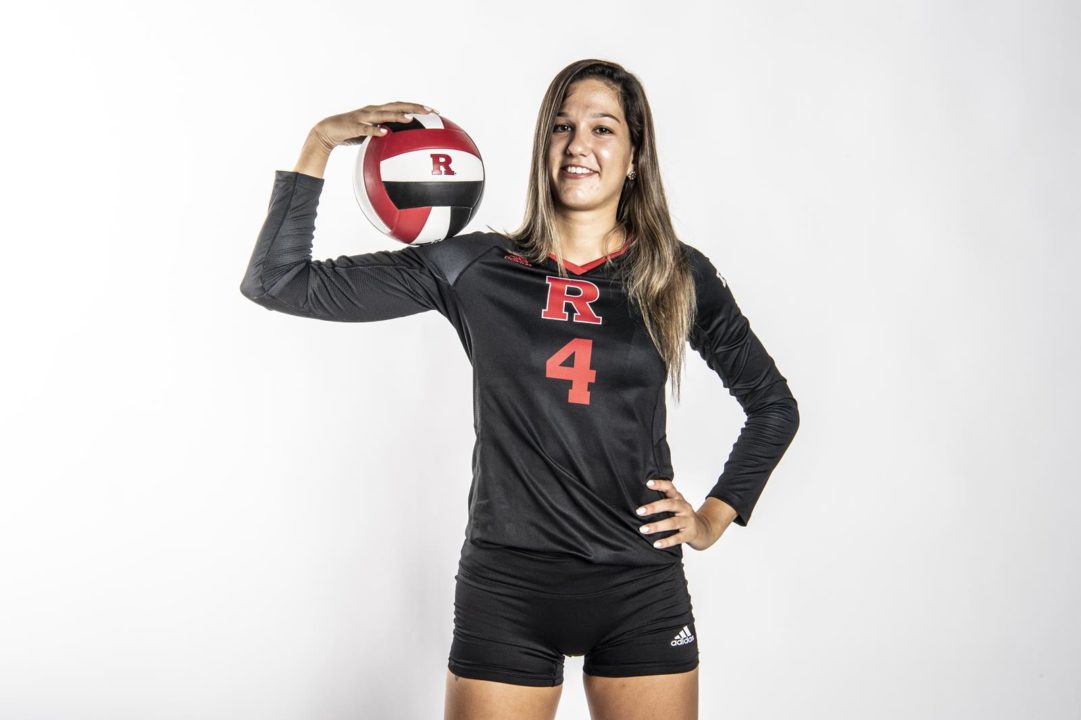 Rutgers has made quite the addition in the beginning to the 2018 season, as outside hitter Tali Marmen joins the team fresh off of playing with Israel’s National Team.

Standing at 6’2″, Marmen played for her country of Israel at the 2018 European Silver League and previously at the 2014 European Championships and at the 2018 FIVB World Championship European Qualification. In the former, she recorded 2.79 kills per set and ranked second in serve receive percentage. She also won a 2017-2018 Israeli National Championship with her club team, Maccabi XT Haifa.

Marmen joined the team earlier this week and started practicing with Rutgers. She still needs to get her waiver from the NCAA to be declared eligible and play in matches though.

“Tali is an elite athlete with proven experience at the highest levels of international volleyball,” Rutgers head coach CJ Werneke said in the team’s release of the addition. “Her skillset speaks for itself, and it’s extremely valuable to add someone of this caliber to our roster. We’re excited to get her working in our system and acclimated to the NCAA and Big Ten competition.”

The move comes as a reinforcement for Rutgers, giving them four outside hitters, so it will be interesting to see if Marmen takes time away from any of the group.

Senior Sahbria McLetchie is the team’s current leader in points per set (4.00) and is hitting .254 at the position while freshman Anastasiia Maksimova is averaging 2.70 points per set on a .217 mark. The other outside hitter, sophomore Yana Kamshilina, has played sparingly. Additionally, Anastasiya Kudryashova – who is listed as a right side but plays some outside hitter – is over two kills per set.

It may take some time for Marmen as she joins the team in-season and will have to adjust on the fly. Rutgers is 3-4 to start the season with matches against Howard, Tulane and Navy. In 2017, the Scarlet Knights went 5-27 and 0-20 as a member of the Big Ten.