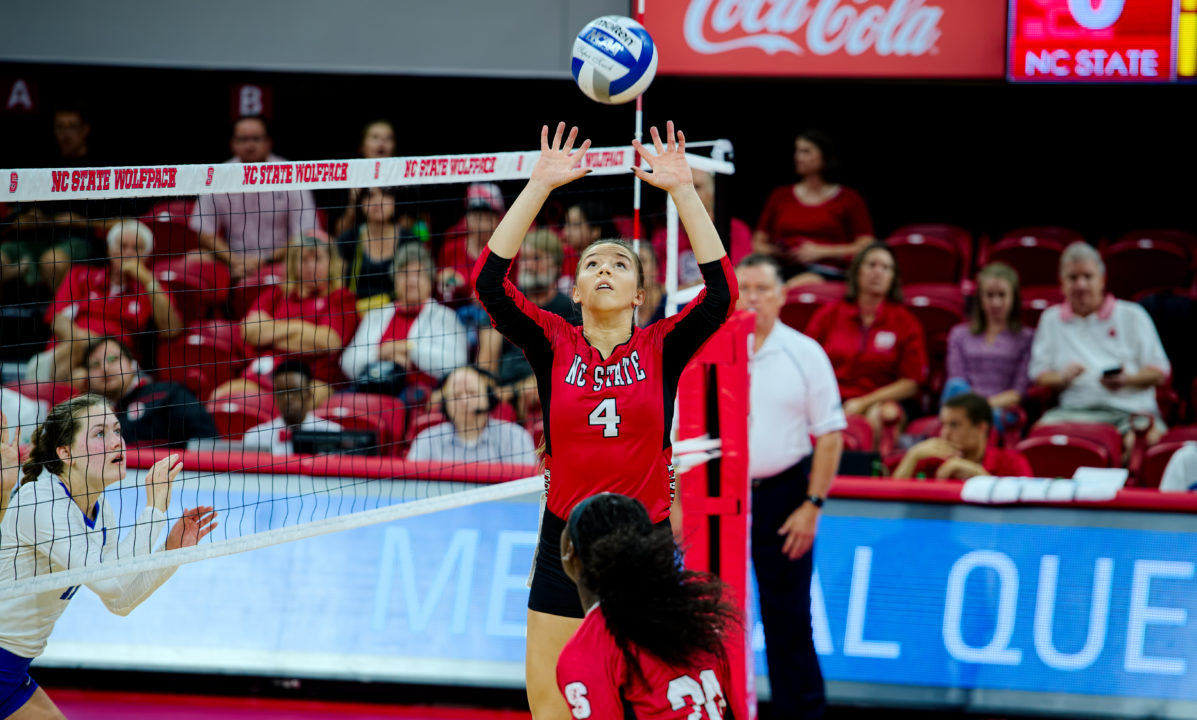 Three teams are tied atop the ACC standings with just two weeks to play, as NC State, Louisville and Pittsburgh are all 14-2. The Panthers have a relatively easy final four matches, meaning the loser of this could potentially be joust away from winning a share of the ACC crown. The winner meanwhile narrows things down to two for a potential conference title split, but also the automatic bid in the league because both own the head-to-head tiebreaker over Pittsburgh. Both teams should be good for the NCAA Tournament regardless, but Louisville has a higher RPI, meaning NC State would be best behooved to win this thing.

This is the first meeting between the two, as Louisville has won seven in a row while NC State has collected five straight victories. Look out for Julia Brown (3.70 kills, 2.46 digs per set) for NC State, while Louisville will try to thwart attacks with Maggie DeJong (1.13 blocks per set) in addition to her efficiency on offense (.362).

Wisconsin still has yet to pick up steam in the Big Ten, as they’ve been upset a few times and also been the victim of a difficult schedule. That continues on the road against a solid Illinois squad who will look to bounce back from a couple of losses last week as they hang around the top 25. The Badgers could use this win as they look to stay on a path of hosting in the first/second round of the NCAA Tournament.

Washington has been on a roll since they’ve gotten more healthy and have figured out their roles a bit more, and now they look to continue that with a tough week in Oregon. It’s been a remarkable story for the Beavers to turn things around after a 1-5 Pac-12 start, as sure enough that started with a five-set win at Washington. They go for the season sweep as if Oregon State can win out with a difficult finish they may have an outside shot of hosting in the first/second round.