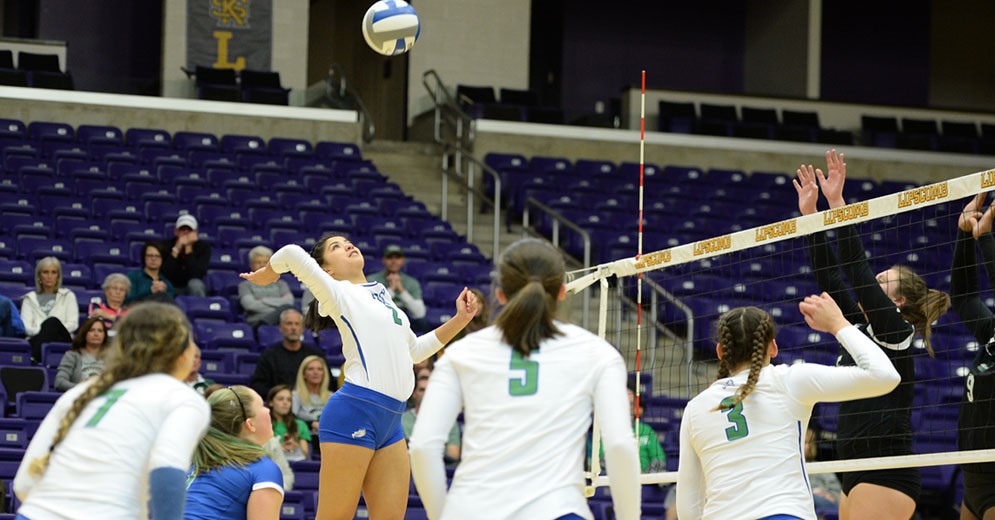 The top-six teams from the Atlantic Sun (ASUN) Conference entered the conference tournament, that will decide one bid for the NCAA Tournament. Current Photo via FGCU Athletics

The top-six teams from the Atlantic Sun (ASUN) Conference entered the conference tournament, that will decide one bid for the NCAA Tournament. #1 Kennesaw State and #2 Jacksonville earned a first-round bye and moved straight to the semifinals for being the top-two seeds in the tournament.

The remaining matches were decided by three-set sweeps with the top-seeded teams winning their matches.

Snowy Burman led the attack for FGCU with 12 kills and nine digs while Giovanna Borgiotti added another 11 kills on a .476 hitting clip. Setter Maggie Rick posted a double-double of 35 assists and 13 digs while Amanda Carroll and Karissa Rhoades picked up 20 and 19 digs, respectively.

For USC Upstate, Montana Swanson led the way with a double-double of 11 kills and 11 digs while Kaleigh Kelley picked up 17 digs.

How it happened: The first two sets were a breeze for the Eagles as they downed their opponent 25-16 and 25-12 to start things off. The third set was a little shaky for FGCU as USC Upstate woke up and put some pressure on them, but were not able to finish, falling 25-21 in the final set.

Up Next: FGCU will take on Jacksonville in the semifinals round. During the season, the two squads split their matches so it could be anyone’s game to advance to the finals.

Lipscomb had no troubles rolling through North Florida on their way to the semifinals. They held North Florida to a .021 hitting percentage while hitting .281 on the match. Offensively and defensively Lipscomb led the way as they out-hit North Florida 42-23 in kills and out-dug them 49-34.

Carlyle Nusbaum was a dominant force for Lipscomb as she put down a match-best 17 kills on a .552 hitting clip while adding in nine digs. Maddie Phillips also put down double-digit kills with 11. Brittany Thomas led the team with 11 digs.

How it happened: It was not much of a game on the North Florida side of things, as they could not find their groove to compete with Lipscomb. The Bisons throttled the Ospreys throughout the match to take the punishing sweep.

Up Next: Lipscomb will face off against Kennesaw State on November 17 in the semifinals. The two teams have squared off twice this season with Kennesaw State taking down decisions.