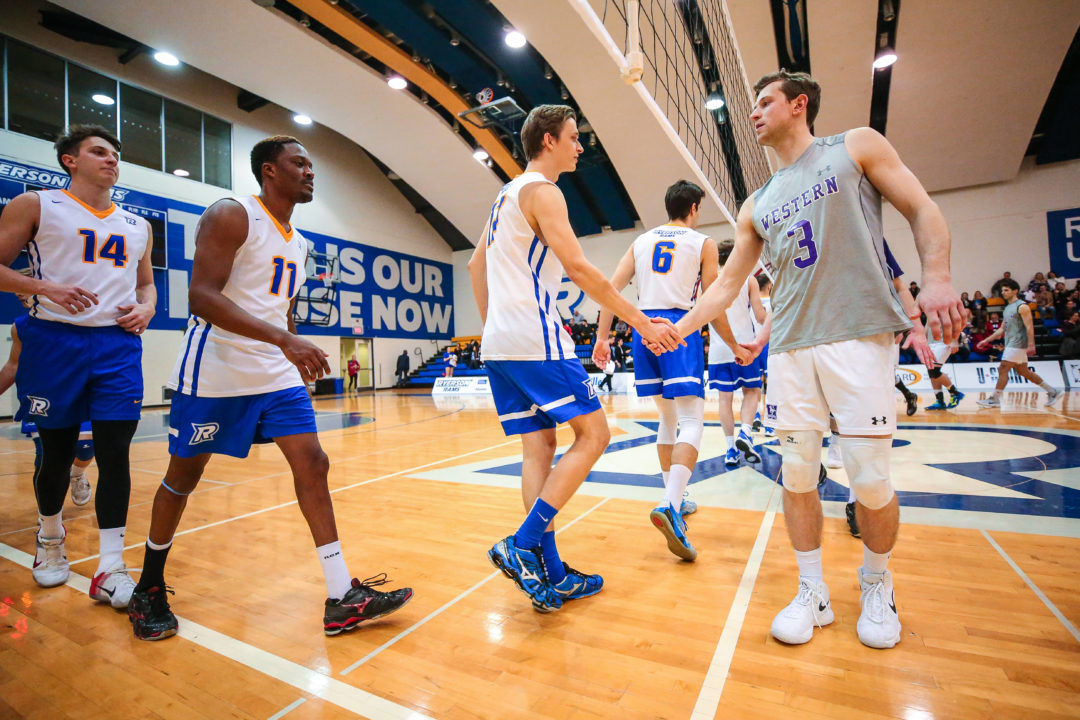 The Ryerson men's volleyball team has officially lifted their two week suspension days early according to The Eyeopener. Current Photo via Ryerson Athletics

Ryerson University athletics director Ivan Joseph has lifted the suspension upon 11 members and the head coach of the men’s volleyball early according to TheEyeOpener.com. The team was to be suspended from January 10 to 24 for an undisclosed reason. Student paper the Ryersonian is reporting that the suspension was the result of a violation of the university’s academic code, specifically drinking while on a team road trip.

The Ryersonian cites an anonymous source in the athletics department who says that the 11 players visited a bar after an exhibition game against University of Regina on December 30th. Members of Western University’s volleyball team were allegedly there as well but were not suspended.

Ryerson’s athletic director Ivan Joseph decided to lift the suspension a week after enforcing the suspension that included 11 players and head coach Adam Simac. While Joseph won’t reveal the exact reason that the players were suspended he hold to the statement, “The volleyball team broke unspecified rules that are in our student-athlete code of conduct.”

In the absence of the 11 players and Simac, the Rams lost big to the Western Mustangs on January 13, falling in three sets. They lost again the next night, another 3-0 sweep, against Toronto. The first set was a gritty battle at 25-23 but the lack of players and regularity saw the Rams fall big in the next two sets 25-13 in each.

As part of lifting the suspension early, the athletes involved have to prepare proposals for community service which they have just weeks to prepare.

With the reason for the suspension unknown, what is know is that the rules

The secrecy behind the suspension has raised some eyebrows within alumni of the school as past suspensions had been fully disclosed following the incident: