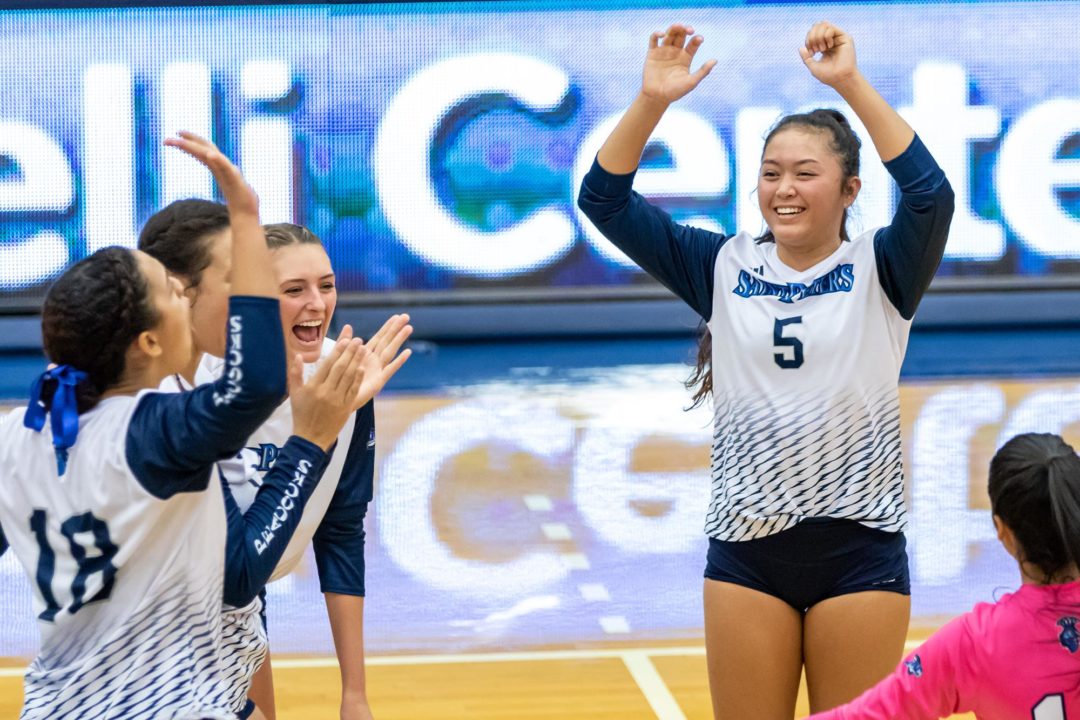 Saint Peter's earned their first conference win since 2015 as they look to take more steps forward as a program moving forward. Archive Photo via GR Productions

Coming into the night, not a lot of people probably had their eye balls on Saint Peter’s and Manhattan taking each other on in a MAAC match between teams with a combined 2-25 record. That doesn’t make the win for Saint Peter’s any less historic though, as they were able to snap the second longest active (at the time) conference losing streak.

That streak was snapped at 41, with the team’s last win in the Metro Atlantic Athletic Conference coming on November 8, 2015. That match was against Quinnipiac.

By comparison, the iPhone 7 wasn’t even out yet. There have been three iPhone releases since that date, with two more to come later this week. Additionally, the top song on the billboard was Hello from Adele.

Building a program is hard, and so even though you may see that Saint Peter’s is still just 3-13 that’s not what it is about. They took a strong step forward as they try to turn things around, with this being the start. They did it so early in conference play too that they’ll have plenty of opportunities to build on it and rack up some more victories.

Rutgers was already holding the longest streak of conference losses in a row (52), but now has a wider gap to second place.

Saint Peter’s will now look for a conference winning streak with a match at Canisius this Saturday.