Following 5-Set Win Over #25 Utah, Colorado Now 4-0 with Abu in the Lineup 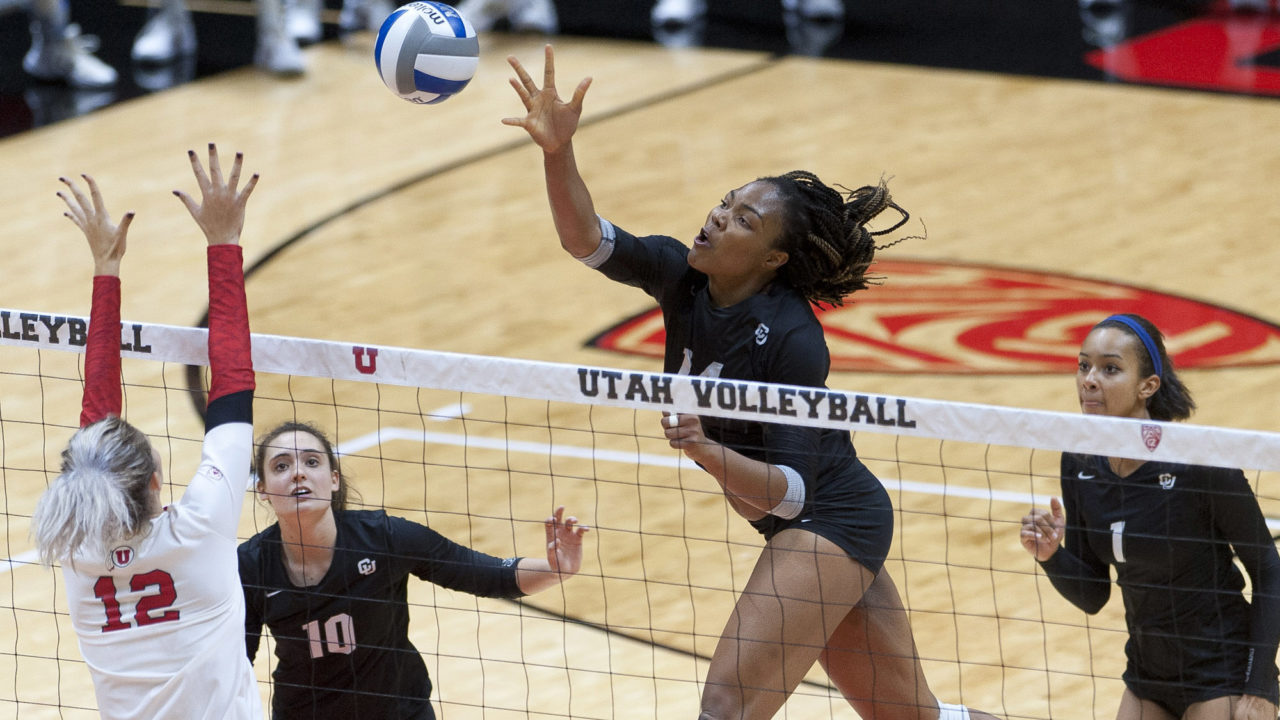 Colorado middle blocker Naghede Abu has taken the Buffs game to the next level as they are 4-0 with her in the lineup. Archive Photo via Ed Kosmicki/Colorado Athletics

The Colorado Buffaloes started the 2018 women’s volleyball season with a 5-3 record – not bad considering the competition, but for a team that was ranked 15th in the Preseason VolleyMob Top 25, it wasn’t quite up to snuff.

That slow start could be explained though, as 6’4″ senior middle blocker Naghede Abu was injured to open up the season and missed the team’s first eight matches. So far in her return though, the Buffaloes have hit their stride and are 4-0 with Abu in the lineup, bringing their record to 9-3 overall.

You’re talking about a player who was the team-leader in blocks on their 2017 Sweet 16 team and ranked 27th in the nation. She also came into the season fourth for active players in career blocks. So her impact has been proven for Colorado.

The first two matches with Abu back weren’t against highly ranked competition, with the Buffaloes sweeping Portland State and Indiana State. Abu had a combined 16 kills (2.67 per set) while hitting .448 and 4 blocks (0.67 per set) in the matches.

Her real impact was felt in Colorado’s last two appearances – wins over Colorado State and #25 Utah. In the first match against the Rams, she logged a remarkable double-double of 10 kills (.500) and 10 blocks against stern competition in just four sets. She tacked on with 8 kills (.278) and 7 blocks in the team’s five sets against the Utes.

In total, Abu has per set numbers of 2.27 kills (.415) and 1.40 blocks through a quartet of matches. The two other primary middles for Colorado, redshirt freshman Danielle Price and junior Lillie Klemmer, have combined for 2.02 kills per set (.214) while notching 1.14 and 1.03 blocks per set respectively.

Colorado continues their week with a home meeting against #10 USC before heading to the state of Washington next week.