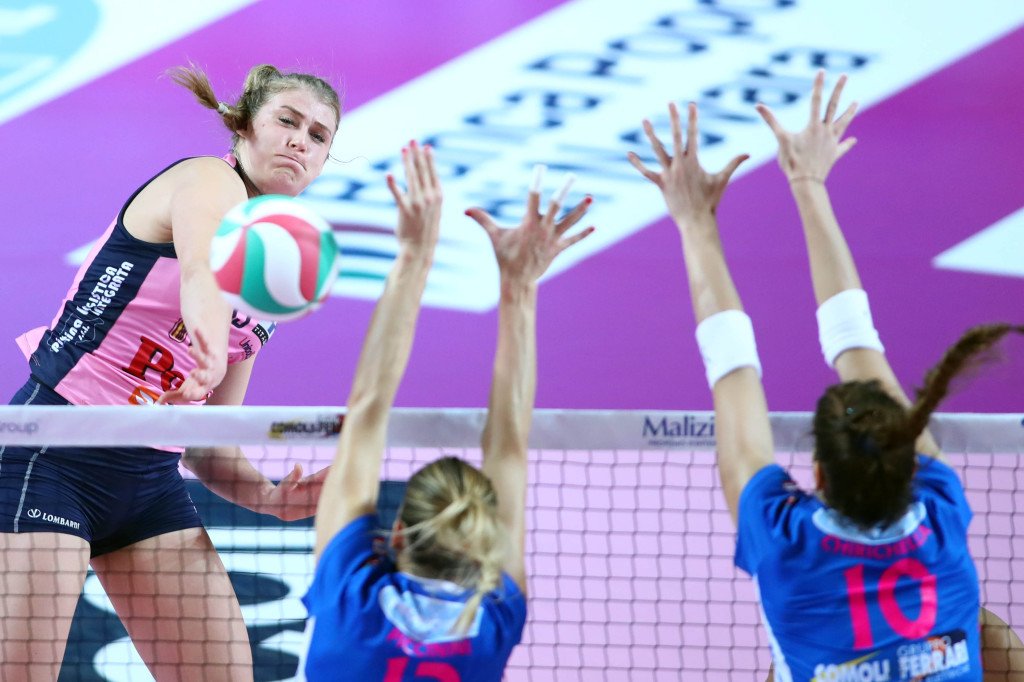 Imoco Volley Conegliano will bring in opposite Samanta Fabris after a battle between Fenerbahce Istanbul for her position on their... Current Photo via FILIPPO RUBIN / LVF

Imoco Volley Conegliano will bring in opposite Samanta Fabris after a battle between Fenerbahce Istanbul for her position on their team. Fabris is one of the best scorers in the Italian Serie A1 league with 400 points last season with Pomi Casalmaggiore.

“I’m happy with the choice to come to Conegliano. It is a great team and a very organized club, in recent years they have won few important trophies and has big ambition that I want to share,” said Fabris. Fabris also added that Imoco Volley was close to her home, making the decision easier for her.

Fabris has been a part of the Croatian national team since 2011 and has been a prominent force since 2012 in the Italian leagues. Fabris began her career with ZOK Rijeka in Croatia from 2008-12, where she helped the team to four championships and one national cup. Since then, Fabris has been a fixture in the Italian league starting with Chieri Volley from 2012-13, LJ Modena from 2013-15, AGIL Volley Novara from 2015-16 then Pomi Casalmaggiore from 2016-17.

Also joining Imoco for the 2017-18 season is the backup to Fabris in the lineup, Anna Nicoletti, who played with the club previously. Last season, Nicoletti played with Saugella Monza for one season.