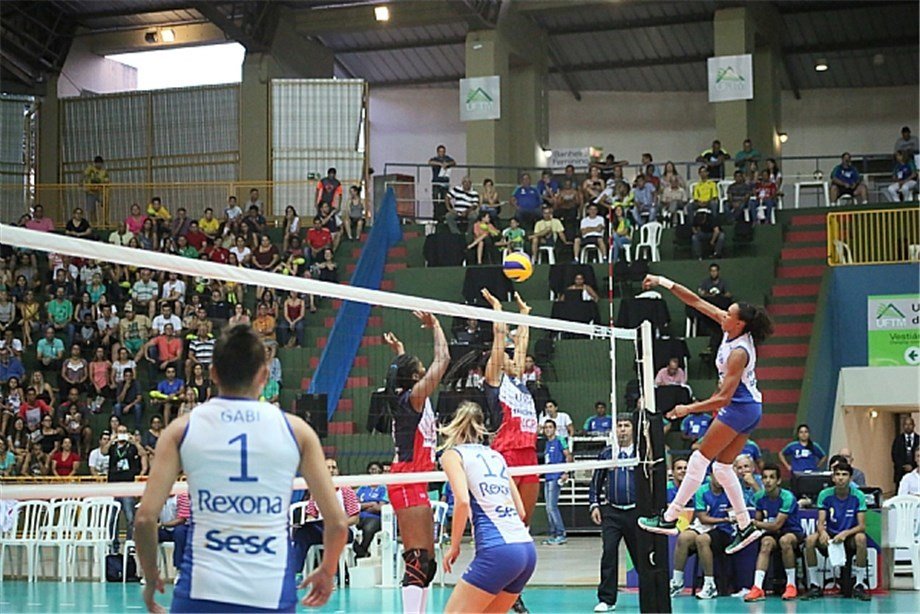 The two Brazilian teams at the South American Women’s Club Championships went undefeated ahead of the semifinals. The defending champions... Current Photo via FIVB

The two Brazilian teams at the South American Women’s Club Championships went undefeated ahead of the semifinals.

No matter the results of these matches, each of the four teams had already qualified for the semifinals.

The semifinals took place in Uberlandia:

Playing for the fifth place slot is Olympic Club Cochabamba of Bolivia and Boca Juniors Buenos Aires of Argentina.

The winners of the South American Club Championships will join hosts Hisamitsu Springs of Kobe and reigning Asian Champions NEC Red Rockets of Kawasaki in the Club Worlds in May. To round out the Club World roster, will be the European Champions League winner, followed by four wild card choices.