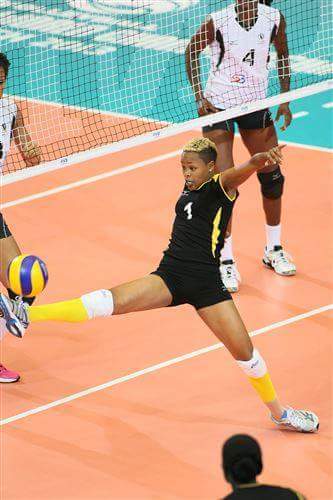 Wacu opted to leave Prisons for Pipeline, who offered her a three-year contract, better pay, medical coverage and a housing allowance.

In her playing career, Wacu played with the Kenyan national team for 10 years. In 2005, Wacu played a short time with Pipeline before transferring to Prisons in 2007, where she remained until she accepted a two-year deal with french topflight side Charmalieres from 2014-15, then came back to Prisons.

“I have been at Prisons for over 10 years now and my move is for a change. Staying at one place sees your game stagnate and thus the timely move and I remain indebted to the Prisons team and management at large for the support,” said Wacu.

Her departure from Prisons leave the team with only one experienced setter in Joy Luseneka as the other teams setter, Sally Wanjala, left for Kenya Commercial Bank right before the end of the transfer period.

Wacu will have to sit out for the 2017 KVF competition as her transfer deal was made after the February 28 deadline.

“Pipeline will pay transfer fee to KVF but the player won’t feature for either of the two clubs in the 2017 league since the deal was sealed after the expiry of the transfer deadline,” said KVF national sports organizing secretary Ismail Chege.