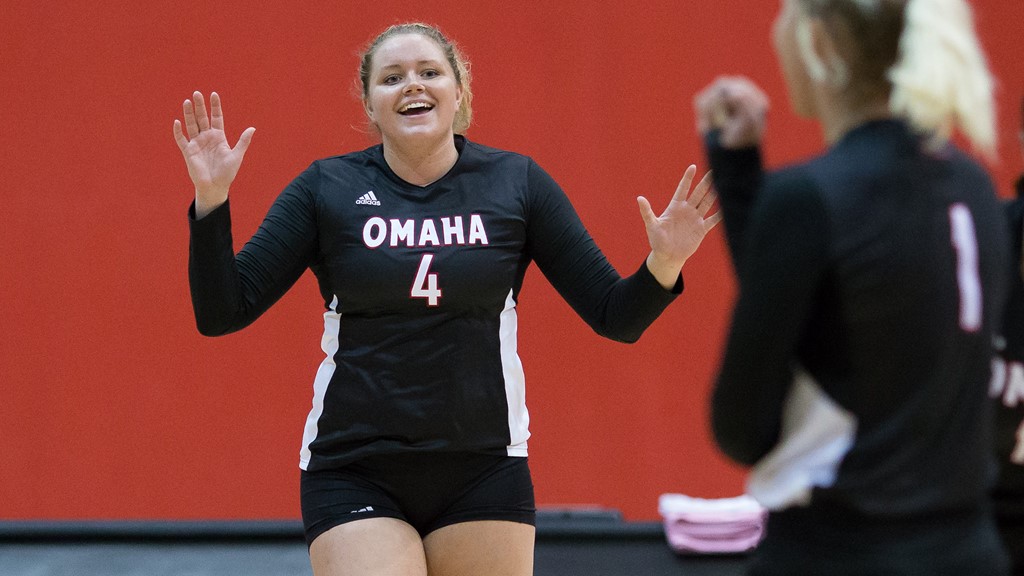 Former Nebraska Omaha outside hitter Chloe Dousette has transferred out of the program to attend St. Cloud State in 2018. Dousette will be a junior in the fall of 2018 with two years left of play and is set to be immediately eligible.

Prior to her two-year stint with Nebraska Omaha, Dousette was a native to St. Paul, Minnesota – less than an hour and a half drive to St. Paul. In her home state she attended Cretin-Derham Hall High School where she was a four-year varsity starter, a two-time captain and a three-time all-conference selection.

Dousette immediately made her presence felt as a freshman in 2016 with Omaha, earning a spot on the Summit League All-Newcomer Team when she appeared in just 15 matches but averaged three kills per set. She saw less set action in year two though and her attack numbers dropped.

“Chloe has some high-level volleyball with her time at Cretin-Derham Hall and with Northern Lights, as well as her time at Nebraska-Omaha,” St. Cloud State head coach Chad Braeglemann said in the team’s release of the addition. “Her length and arm make her a threat in the front row and the plan is to train her at both pins as both an outside hitter and opposite.  The experience she brings will definitely make us a better team and we eager to get her to St. Cloud and start working with her in the fall.”